Darkest Dungeon is getting PvP DLC in May 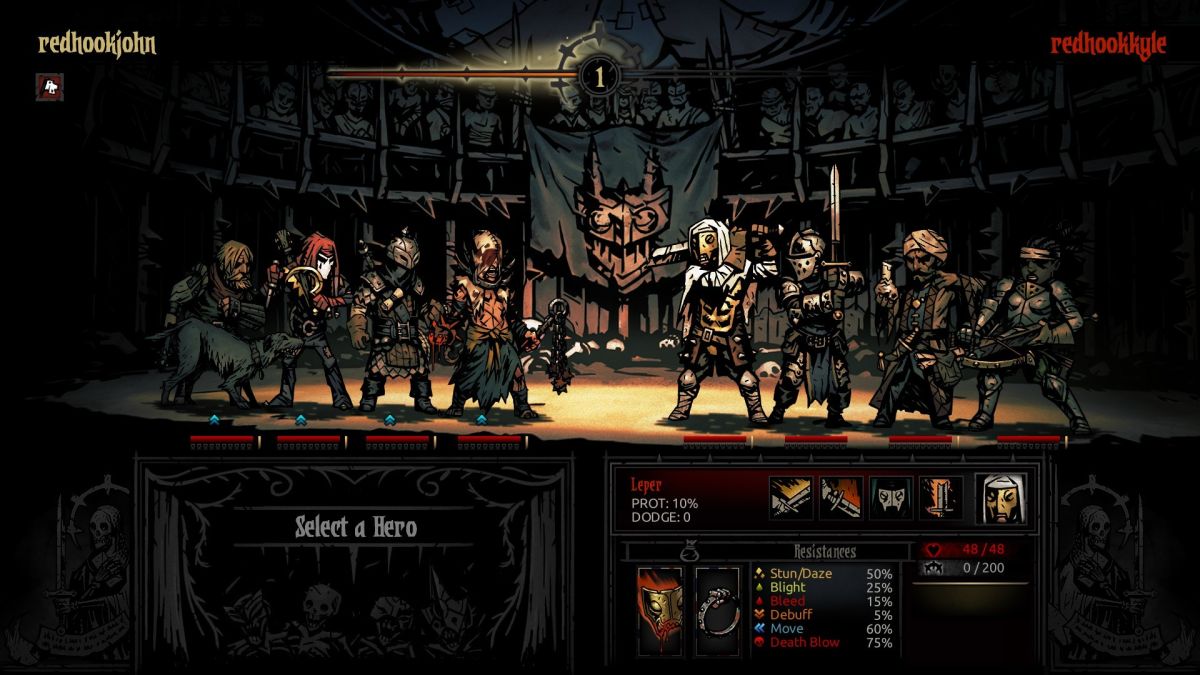 Yesterday, April 1, Red Hook Studios teased upcoming new DLC for Darkest Dungeon: Last-man-standing, hero-vs-hero arena fights! A clever gag for April Fools’ Day, indeed—except that it wasn’t. It was, in fact, the ol’ double-reverse fakeout: The Butcher’s Circus PvP DLC is real, and barring unforeseen delay it will be out next month.

We weren’t joking – The Butcher’s Circus is coming in May! Play intense PVP arena battles against your friends and enemies alike. Pick your party & loadout, and let the games begin! Wishlist here: https://t.co/SHKqZiqbML pic.twitter.com/8pXVhOBUiOApril 2, 2020

The circus has come to town, and in the warped world of Darkest Dungeon, that means it’s time for some wholesome family entertainment in the form of, uh, gladiatorial combat. The DLC will add a new location in the Hamlet called The Butcher’s Circus, where players will fight for a shot at the belt (or, at least, a higher position in the ranks) with teams of four fighters. Blood will be spilled and psyches broken, but fortunately it won’t be anyone you actually care about, at the beginning anyway: Red Hook said competitors can take part in PvP combat “without risking your campaign heroes.”

New gladiatorial trinkets will help tip the scales in combat, and unlockable banner components will enable combatants to design their own unique PvP heraldry. Darkest Dungeon composer Stuart Chatwood has created a “gleefully warped musical theme” for the DLC, and narrator Wayne June and SFX creator Power Up Audio will also be there to do their thing.

PvP brawls are an unexpected addition to a game that’s so deeply invested in portraying the impact of psychological horror on the human mind. It’s an excellent tactical dungeon-crawler, but what makes it stand out is its depiction of the mental toll that the adventuring life takes on your heroes. Red Hook didn’t say how, or if, The Butcher’s Circus will handle that aspect of the game, although the Steam listing says players will need to “weather misfortune and violence,” so there might be more than getting an axe to the face your fighters should watch out for.

Darkest Dungeon: The Butcher’s Circus is set to come out in May. Red Hook also confirmed that Darkest Dungeon 2, announced in February 2019, is still in development.

We have been/are full steam ahead on dd2! This was developed with additional resources and staff 🙂April 2, 2020