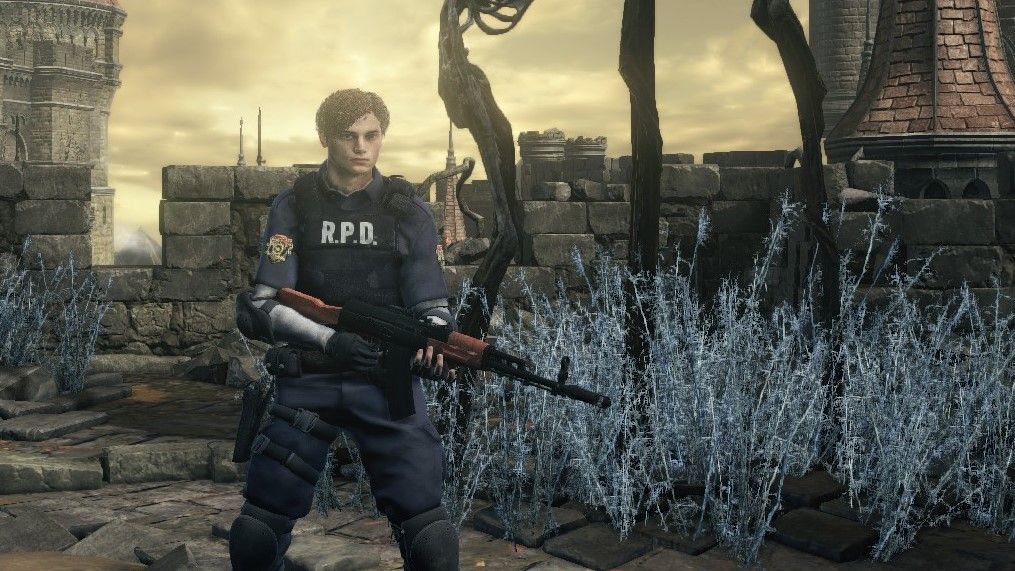 I wrote about Dark Souls 3’s Modern Firearm mod earlier this week, which adds a bunch of Resident Evil-inspired guns to the game. If you’ve ever wanted to roll around a decaying fantasy world with an AK-47, PC gaming can make your dreams come true. It’s a cool mod to begin with, but in the days since the mod picked up attention, other modders have stepped in to make Dark Souls 3 look and play even more like a shooter. The result plays like a lost Resident Evil game, forgotten somewhere between RE4 and RE6.

Modder and cut content specialist Zullie the Witch first tried an FPS mod, but decided it was too hard to tell when you were stuck in an animation you can’t roll out of. Zullie deduced an over-the-shoulder perspective would suit the shooting better.

So they made the damn thing.

So I was playing with other camera configurations, and I think this might actually be the better option for the gun mod. It’s much harder to tell when you’re in an animation you can’t roll out of in First Person, and sometimes you lose track of where the player is aiming. pic.twitter.com/BiHD3EUoqEJuly 8, 2020

The third-person camera mod is part of Zullie’s Challenge Mods pack, which also includes their first-person camera mod, a novel if not particularly fun fit for playing DS3 as a shooter. If you prefer peeking over the right shoulder instead of the left, the option is included, though the UI will obscure your character unless you turn it off.

The keystone here is an infinite ammo toggle, a necessity for any committed guns-only playthrough of Dark Souls 3. There’d be no souls left for leveling up with all the “arrows” you’d need to buy, otherwise.

I gave it a shot in the early areas of the game, managing to beat Gundyr with an over-the-shoulder perspective that made it look like a fight right out of Sony’s God of War reboot. The camera mod works even when you’re not spitting hot lead.

After hitting the High Wall of Lothric, I found my first crossbow—now a Vector SBR semi-automatic rifle—and went back to Firelink to try it out. You’ll probably need to fiddle with the aim sensitivity because it’s extremely high by default. I was jerking that sucker all over the place, missing enemies right in front of me. But it’s a cool change overall. The perspective makes lock-on combat super disorienting, so you’re forced to use the sticks to stay accurate.

Since Dark Souls 3 was built for melee combat, enemies tend to rush you, just like they do in RE4. I mean, they don’t slow down or react to perfect kneecap shots, but the action broadly (so, so broadly) plays out in the same way. Throw in the Leon Kennedy character mod to complete the illusion.

The constrained perspective forced me to keep moving and track enemies from all directions, slowing to chip away at their health when I could afford to spend the stamina. Some more fiddling from the pros could make this a legitimate way to play through the entire game.

One last note before you get to it: Installing the Dark Souls 3 mod engine first is a good idea since it blocks the game from connecting to the network to avoid a potential ban. Mods are a no-go in online play, especially Cheat Engine, which the camera hack requires.

Things I found out today:1. There’s a mod by ForsakenSilver that adds guns to DaS3.https://t.co/oKEtMTJqjA2. It’s compatible with my First Person Mod.3. It’s actually kind of difficult, since you can’t roll out of the firing animation and shooting eats your stamina. pic.twitter.com/BiWq8AL8uzJuly 7, 2020

Zullie’s Challenge Mods pack is a must for anyone trying to freshen up Dark Souls 3 anyway. It’s full of rad options, including a top-down camera, a speed modifier, an NPC stat modifier, and Barrel Souls, a game mode in which every enemy is disguised as a random object via the Chameleon Spell. A lovely box of Dumb Fun.