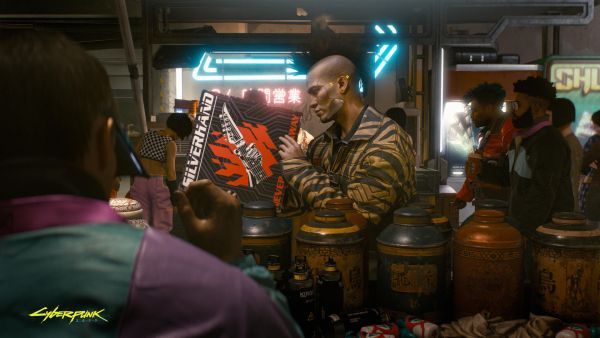 The Cyberpunk 2077 Night City Wire reveal event that was announced last month has been delayed, from June 11 to June 25. Developer CD Projekt said that it remains excited to share more information about the game, but “more important discussions are happening right now and we want them to be heard.”

We decided to move Night City Wire to Jun 25th. We still look forward to sharing new information about CP’77, but more important discussions are happening right now and we want them to be heard. We wholeheartedly stand against racism, intolerance and violence. Black Lives Matter.June 2, 2020

The postponement comes as a result of the ongoing protests against police violence across the US and around the world, driven by the killing of George Floyd by police officer Derek Chauvin in Minneapolis, Minnesota. After three nights of protests, Chauvin was arrested and charged with third-degree murder and second-degree manslaughter. The three police officers who witnessed Chauvin pressing his knee into Floyd’s neck for over eight minutes have not been charged.

The unrest has led Sony to delay its upcoming PlayStation 5 event yesterday, and earlier today IGN pushed the start of its Summer of Gaming main events from June 5 to June 8.

We’ve assembled a list of resources on the Black Lives Matter movement and protests, including reading lists and videos, information on how to prepare for protests and links to donate to funds supporting protesters, the families of victims, and black businesses and charities.