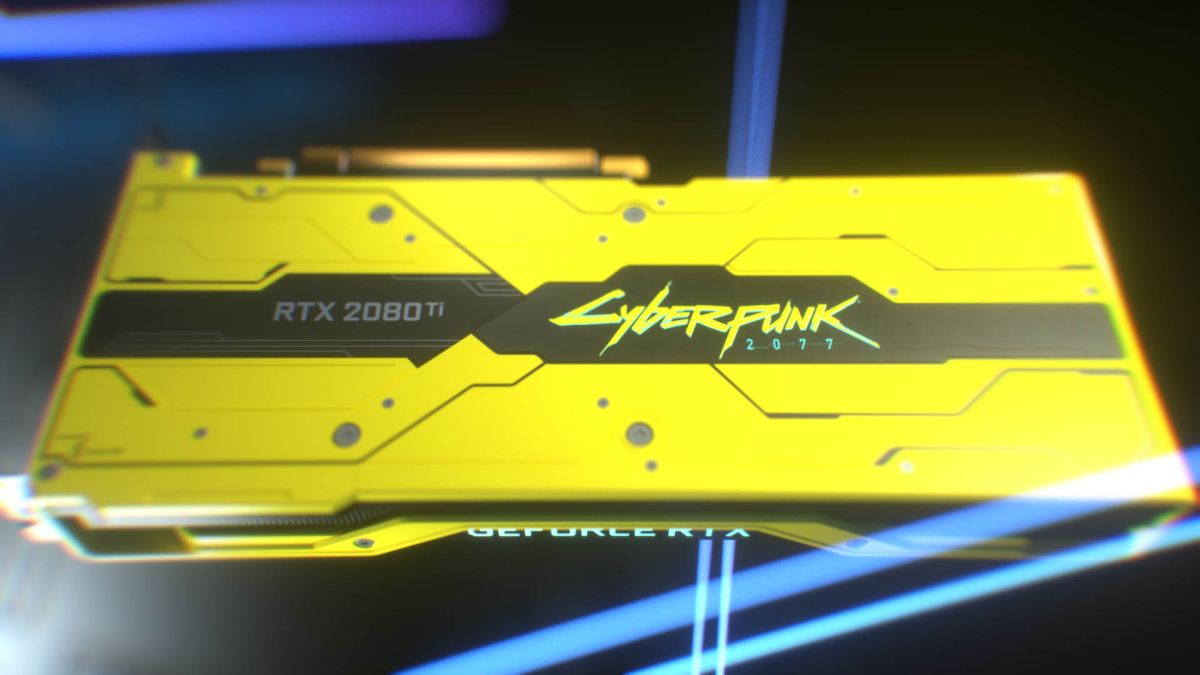 Fewer than 200 of these commemorative GPUs were made, and most were given away for free in an Nvidia competition a few months prior to Cyberpunk 2077’s original release date, April 16. The winners were picked in pairs through a hugely popular Twitter competition, which received around 130,000 entries. So, yeah, you could say these Cyberpunk graphics cards are as rare as they come.

Most are sold unopened. Their yellow trimmed shroud and futuristic, logo emblazoned backplate unspoiled by the human gaze. But a few lucky winners were keen to tear open the wrapping and take a look before shipping their grand prize off to the highest bidder, and that’s seemingly had no impact on the selling price.

I’d have to guess that, since these graphics cards were shipped in pairs, the winners are keeping one and shipping the other off for a mighty cash split. A graphics card and a £2,500 freebie off a couple of tweets? You’re laughing.

Some users have been a little less monetarily minded, however, and have since posted pictures of their Cyberpunk GPUs in their new homes.

This isn’t Nvidia’s first rodeo putting together a special edition graphics card. It once created two limited edition Star Wars Titan Xp graphics cards—one for the Jedi and one for the Sith—and sold them through its official store.

I even had the dark side Titan Xp in my old office way back when. After staring at it for a good length of time on delivery, I sombrely boxed it up to sent if off to a giveaway winner. I wouldn’t have minded so much if I was quids-in for the whole affair, but the fact that this graphics card was sent off for nothing bar the happiness of another really rubbed me the wrong way.