Cyberpunk 2077 lets you summon your car like Roach, and it honks 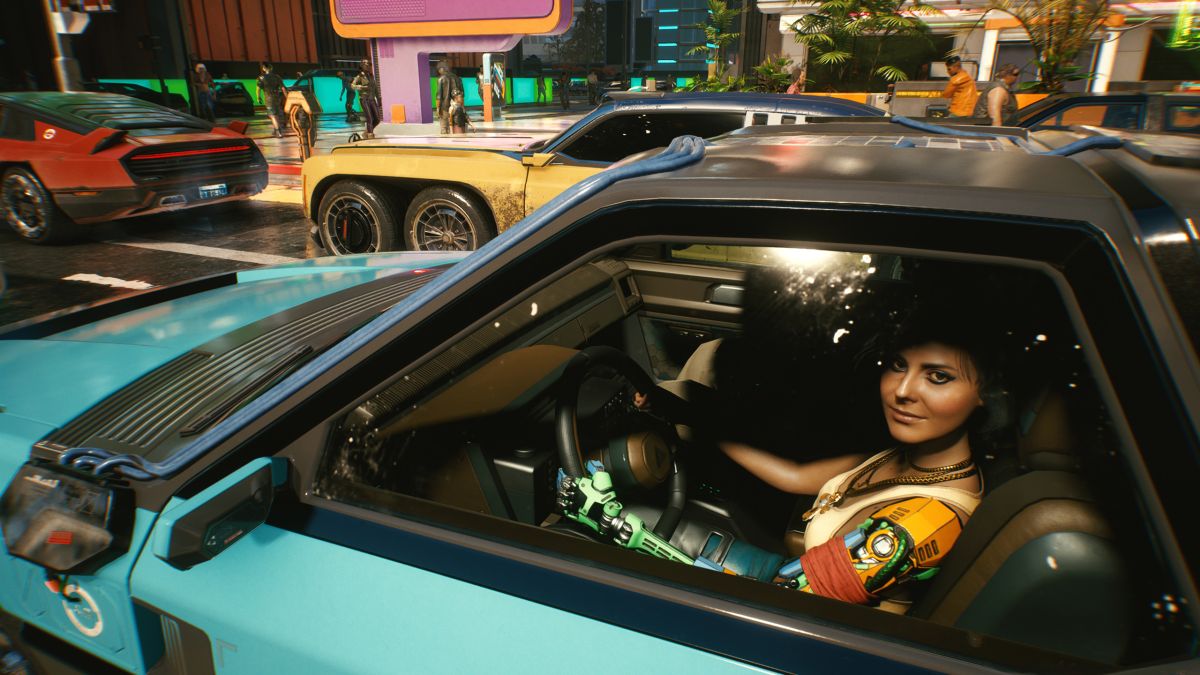 Cyberpunk 2077 will let you drive around Night City and its outskirts in almost any car you see out on the streets, as long as you’ve got whatever upgrade it is that makes you a skilled carjacker. But even if you’re not up for doing crimes, you’ll be given your own ride, and you’ll always be able to have it by your side.

Andy Kelly took some cars for a spin in our first Cyberpunk 2077 hands-on, and in his Nomad origin he got a vintage rally car peppered with sci-fi gizmos almost straight away, letting him hit the road pretty quickly. After the prologue, he was upgraded to a flashier sports car, a Quadra Turbo-R, perfect for driving around the gaudy neon city.

While no car is ever going to match Roach, Geralt’s steed in The Witcher 3, they do come when they’re called. At the push of a button, your car will find you and pull up alongside you, honking its horn to announce its arrival. You can call cars and get them delivered in other open world games, like Saints Row, but in Cyberpunk they drive themselves. At least until you get inside.

Andy also had good things to say about driving them. “I love the low, slightly fish-eyed third-person view, which gives an added sense of power and speed. You can also drive in first-person, which lets you admire the car’s amazingly detailed dashboard. Tearing around Watson’s dense, packed, intricate streets in this thing feels sensational. I’m also thankful for the slightly rubbery, forgiving physics, which let me slam into scenery, obstacles, and other traffic without losing much momentum.”

One thing they’ve got over Roach is style. Sure, you could put saddles and armour on your equine pal, and with mods even change her appearance, but there’s only so much you can do with a horse. Cyberpunk 2077’s cars have given CD Projekt Red a lot more room to be creative, conjuring up chunky retro-futuristic super cars and ageing bangers retrofitted with newer tech.

You can see more of Night City in the Cyberpunk 2077 reveal that just aired.