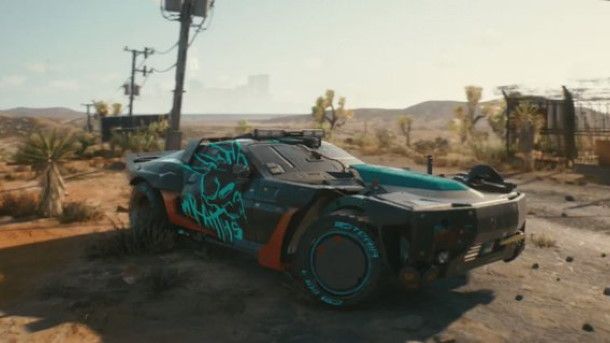 I did not realize that today, May 15, is the fifth anniversary of the release of Mad Max: Fury Road in North America. (Australia got a day earlier, naturally.) CD Projekt realized it, however, and to commemorate the anniversary it whipped up a thematically appropriate “Reaver” car for Cyberpunk 2077.

„Reaver” – custom-built Wraith gang vehicle based on Quadra Type-66 car. With its near 1000 horsepower, you will ride eternal, shiny and chrome. Happy 5th Anniversary #MadMaxFuryRoad pic.twitter.com/9E0gqJKqV5May 15, 2020

It’s a sweet-looking machine, at least if you’re into the whole “Ayatollah of Rocka Rolla” aesthetic. Based on the image shared by lead quest designer Pawel Sasko, the Quadra Type 66 has been known to Cyberpunk 2077 followers for awhile as the 1970 AMC Javelin, presumably because that’s the car that inspired the design. Quadra also makes the V-Tech car that featured in the Cyberpunk 2077 gameplay trailer revealed at E3 2018.

And it’s not just a one-off hat-tip to George Miller and company, either.

It’s called Badlands and you will explore it in such vehicles 😉May 15, 2020

Cyberpunk 2077 will release on September 17. We expect to see more (maybe a new gameplay demo?) during the Night City Wire digital event, set to take place on June 11.