Crusader Kings 3 lets you play as bisexual or asexual rulers 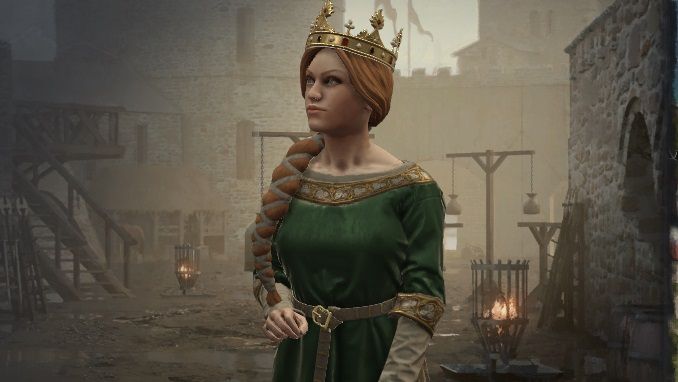 Crusader Kings 3 is a big ol’ sandbox that promises to let you slip into the shoes of all sorts of medieval rulers, and while history likes to emphasise the accomplishments of heterosexual men, it looks like Paradox is avoiding that trap.

“CK3 truly is a diverse game; it spans a map of nearly half the world and almost six centuries of history,” reads the latest dev diary. “This world is inhabited by a myriad of titles, cultures, faiths, and characters. It’s been our goal to represent all of these things with a great level of detail and accuracy to give you all a deeply immersive experience with more dynamic elements and player choice than ever before.”

‘Accuracy’ has been used to excuse myriad oversights when it comes to gender and race representation in games. Even The Witcher 3’s choice to make everyone white was defended as historically accurate, despite the fact that it’s a fantasy game and wouldn’t even be accurate if it wasn’t. Thankfully, Paradox isn’t using historical accuracy as an excuse to limit CK3, instead using it to add even more options and diversity.

Right away, for instance, you can play as any culture or faith. While Crusader Kings 2 added Islam and fleshed out places like India in DLC, all of this will be available at launch in CK3. And while these cultures and faiths might have certain traits that limit players—like certain faiths being freaked out by women—the system is now dynamic, letting you make changes and lift restrictions as you see fit.

Crusader Kings isn’t about following history, but making your own, so Paradox has also included game rules that shake off some historical limitations. You can choose to play as a queen instead of a king straight away, for instance, while the gender equality rule lifts most restrictions and apparently covers more areas than CK2’s version. You can even make the world a matriarchy right away.

Even playing with the default rules, you’ll still see women influencing the world. Since queens sometimes ruled in the king’s absence, Paradox has created a new role for spouses, giving them a special position at court where they’ll manage a fair amount of the realm.

CK2 boiled sexuality down to heterosexual and homosexual, but the sequel adds bisexual and asexual characters. This time, they’re not represented by traits, either, so heterosexuality isn’t presented as the default. And while it doesn’t treat sexual and romantic attraction as separate, sexual preference and sexual behaviour are dealt with independently. If you’re part of a faith with strict rules about same-sex relationships, for instance, being gay isn’t illegal, even if the sexual act is. By tweaking the game rules, you can also change all faiths’ views on the subject, making same-sex relationships accepted everywhere.

You can also tweak the dominance of different sexualities, just like gender, so you have the option to start a game where being asexual is the most common. As well as being more diverse and welcoming, this also sounds like great news for the simulation. I’d love to see what the medieval world looks like and how things might play out differently if it was a matriarchy or most people were asexual. That’s what Crusader Kings is all about—seeing how history could have played out differently.

It all sounds very promising, then, especially as it’s being taken into account now, during development, rather than after the fact and with DLC. When we’ll be able to get our hands on Crusader Kings 3 remains to be seen, but it is due out this year.