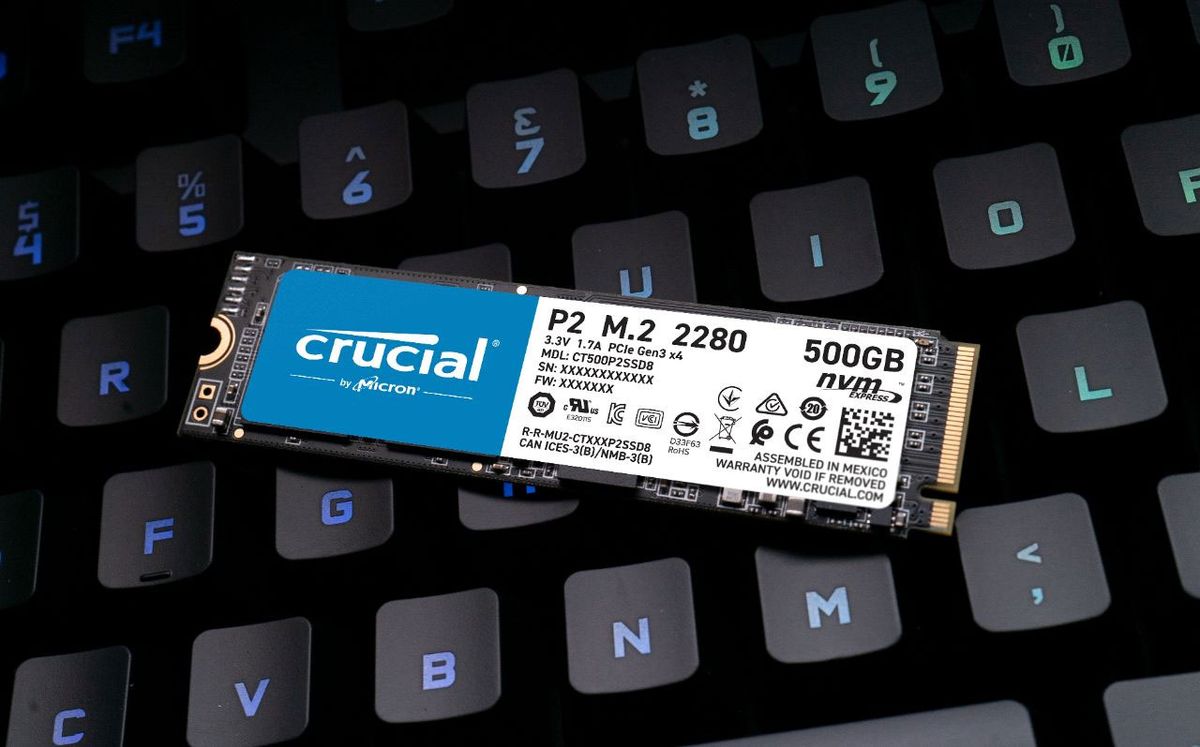 As a general rule of thumb, I try to avoid paying full price for SSDs (on the rare occasion I’m in the market for one), because there seems to always be a sale. Crucial’s new P2 500GB SSD, however, comes out of the gate with a tantalizing price point that will have some buyers skip the sale shopping.

Pricing on the 250GB is actually fair for the specifications, but the 500GB is a better value and stands out as particularly interesting. Over on Newegg, every other 500GB SSD that costs the same (or slightly less) has a SATA 6Gbps interface, and most are 2.5-inch form factor drives.

In contrast, the P2 drives are built around the M.2 form factor and leverage an NVMe interface for faster speeds. Here’s what we’re looking at:

They’re not the fastest NVMe drives on the market, even among PCI Express 3.0 models, let alone those newfangled PCIe 4.0 SSDs that push speeds in excess of 5,000MB/s. But those read speeds are around four times faster than a typical SATA SSD.

To put the pricing on the 500GB model into perspective, Crucial’s MX500 500GB SSD in M.2 form (SATA 6Gbps) sells for $69.99 on the company’s website, and $70.99 on Newegg. In other words, Crucial undercut its own pricing by releasing a faster SSD at a lower price, as well as the competition.

It’s not clear what type of NAND flash memory chips Crucial is using on its P2 series. The P1 line (which we consider one of the best NVMe SSDs) uses Micron’s 64-layer 3D quad-level cell (QLC) chips paired with Silicon Motion’s SM2263 controller, and I assume the P2 line uses the slower QLC NAND chips as well.

There’s also no mention of the controller on this new line. It’s probably a different one, though, since the specifications have changed—the P1 500GB is rated to deliver up to 1,900MB/s random reads (versus 2,300MB/s) and 950MB/s random writes (versus 940MB/s).

Assuming these drives don’t cough up a hairball during any testing for the best SSD for gaming guide (none of us have spent any hands-on time with them), the only real complaint I have is the lack of capacity options. I’d like to see Crucial offer these in 1TB and higher capacities, with the same aggressive pricing strategy.