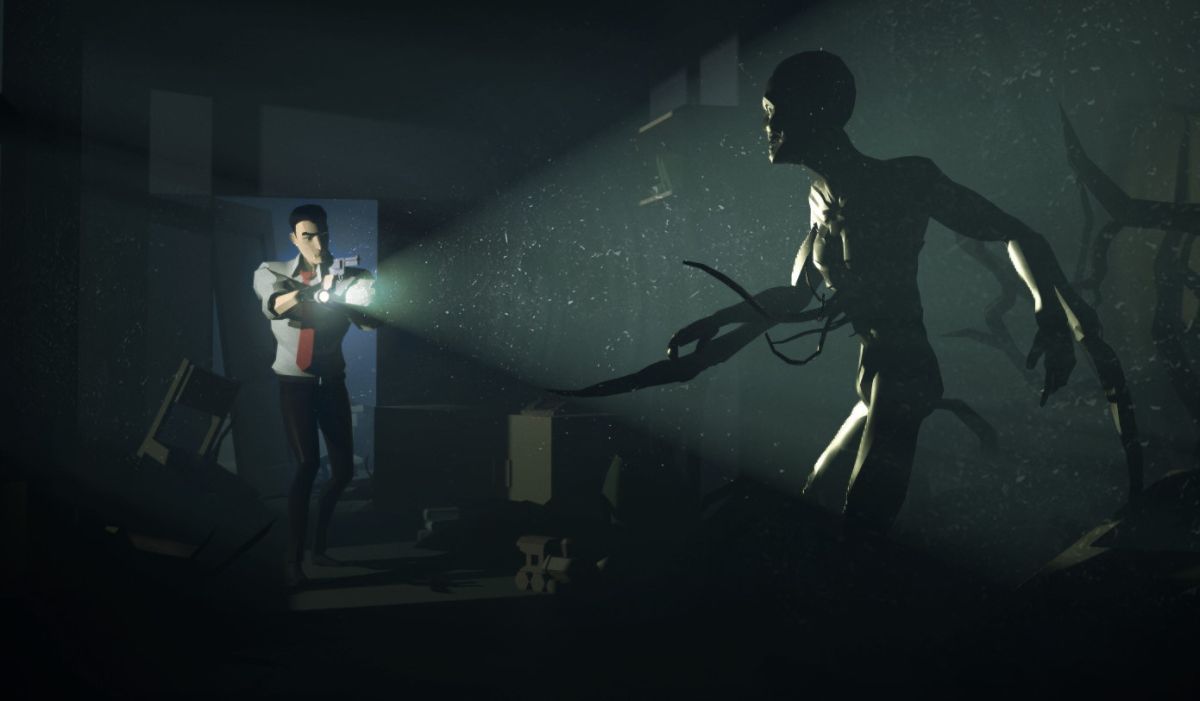 Skyhill, released in 2015, is a turn-based point-and-click crafting roguelike survival game in which you have to make your way from the top to the bottom of a 100-story hotel. Inconveniently, the hotel is filled with mutants, courtesy of biological weapons that were dropped during World War 3. Chris said it was pretty good, despite being frustrated by the cursed fortune of extreme beginners luck.

Five years later, a followup is just about upon us: Klabater announced today that Skyhill: Black Mist will arrive on Steam tomorrow, June 11. The new game “loosely parallels” the concept of the original, but the setup is completely different this time around: After moving into your new luxury apartment, owned by the Skyhill Corporation, your daughter is kidnapped and your building overrun by monsters and cultists who really want to kill you for some reason. As if that wasn’t bad enough, there’s also a weird black mist creeping over everything, poisoning all that it touches.

The gameplay has changed significantly as well. The most obvious upgrade is graphical: The original Skyhill was rendered in 2D, but Black Mist is 3D, played from an isometric perspective. It also features multiple non-linear areas to explore including a school, a shopping mall, and a movie theater, new stealth mechanics, an upgraded crafting system, and a Metroidvania-like twist that enables players to revisit areas to pick up new items and information. On top of all that, you’ll have to manage supplies and medication to ensure you don’t succumb to the black mist.

“The scale and the scope of this new adventure is much greater when compared to the original 2015 game,” Klabater joint CEO Michal Gembicki said.

I didn’t play the first Skyhill, but I think the trailer for Black Mist looks promising, and I like that there’s a proper mystery underlying the whole thing, rather than a perfunctory hand wave at, “There was war, now there’s mutants.” There’s a website with more information at mandragoragames.com, and Klabater also released a 16-minute raw gameplay trailer for Skyhill: Black Mist that you can check out below.