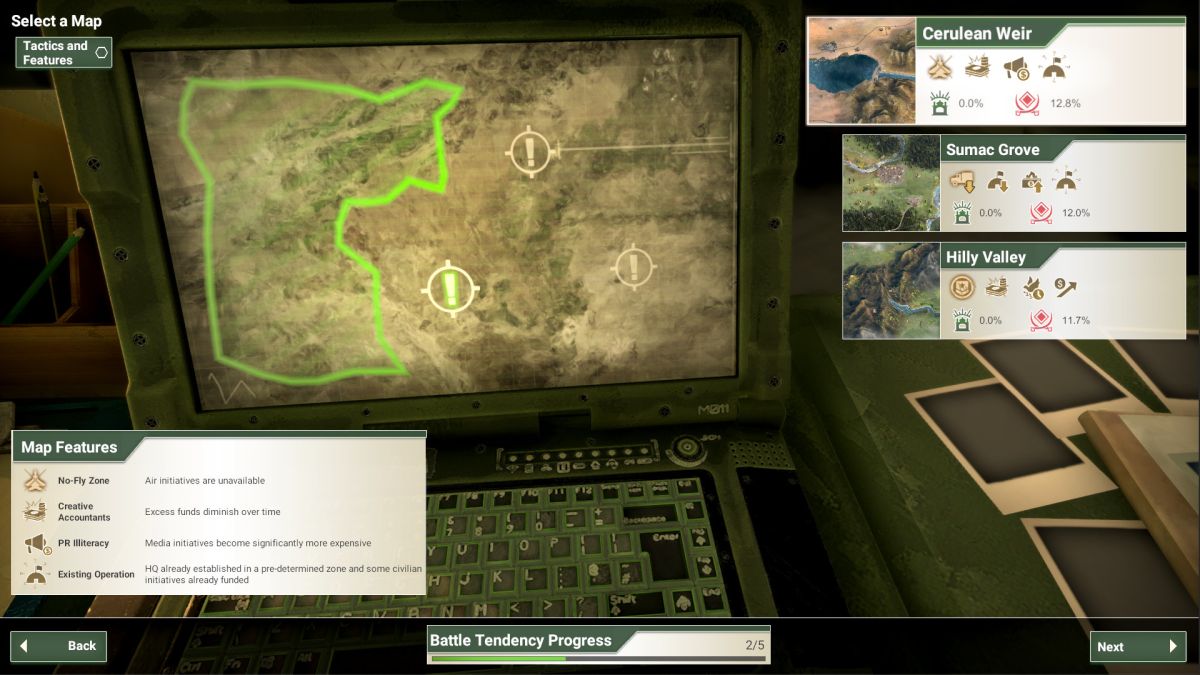 Rebel Inc: Escalation’s newest update introduces a campaign mode, shifting the game’s focus from single playable scenarios to an interconnected campaign. The new campaigns add an adapting insurgency and new tactics for the counterinsurgents as you progress from region to region. For example, they might learn to ford rivers, which if you have played the game is a terrifying prospect. There are also new narrative  events, like economic downturns or coups, which can affect multiple regions rather than just one.

Rebel In casts players as the commander in charge of counterinsurgency efforts in a nebulous country loosely modeled after Afghanistan. It’s the latest game from Plague Inc creators Ndemic, and released into Early Access on Steam last year. Like Plague  Inc, it’s a game model based on real-world principles and developed in collaboration with experts. H.E. Said T. Jawad, the Afghani ambassador to the UK, called Rebel Inc “sophisticated and engaging. It shows the complexity of war and insurgency with interesting options to achieve success through stability and peace.” Which is probably about as good an endorsement as you can get for this kind of game.

You can find Rebel Inc: Escalation on Steam for $15. You can also read the full patch notes for the new update here.