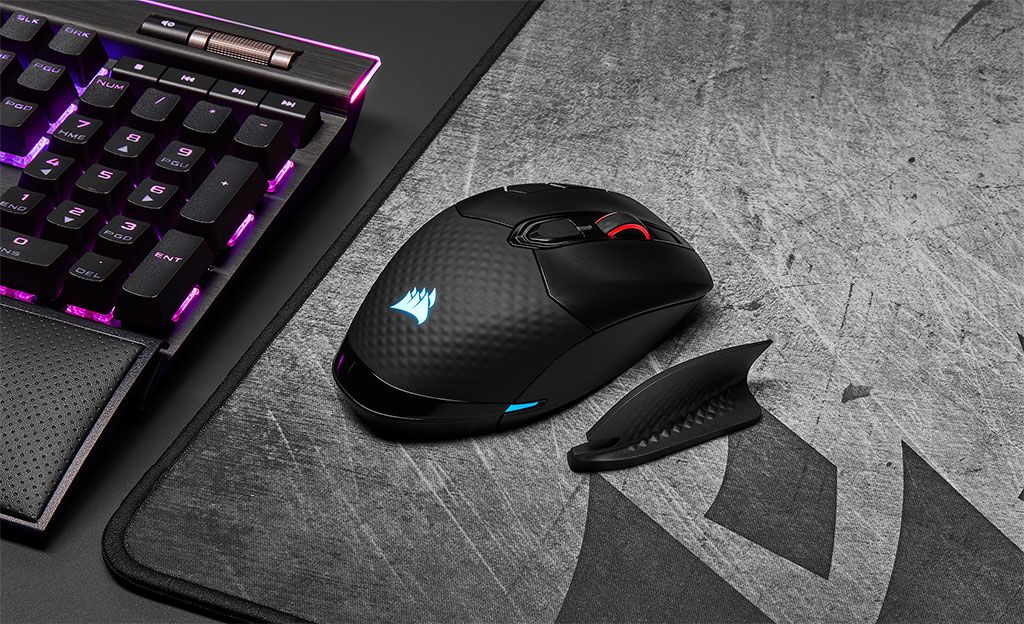 Fair or not, one of the criticisms of wireless mice is latency. I’ve not found this to be an issue on modern gaming mice, but for those who are concerned about input lag on a wireless connection, Corsair just launched a pair of cordless models that it says are “better-than-wired” mice, with regards to latency.

The other advantage, according to Corsair, is a doubling of the polling rate from 1,000Hz to 2,000Hz

“New hyper-polling technology from Corsair, debuting in the Dark Core RGB Pro, ensures blazingly fast response times by communicating with a PC at up to 2,000Hz—twice the speed of standard gaming mice and able to deliver the full performance benefits of Slipstream Wireless, for better-than-wired latency,” Corsair says.

Let’s unpack that statement. Slipstream Wireless is the fancy marketing term Corsair uses to describe the combination of existing physical layer technologies, such as 2.4GHz radio, with a “proprietary protocol-layer” that aims to deliver the twice the packets per millisecond.

Wireless gaming mice typically connect over 2.4GHz by way of a USB dongle, as Corsair’s new rodents do. They also support Bluetooth, though you inevitably won’t achieve the same claimed sub-1ms latency. And if you want to go wired, you can do that too.

In theory, this should make the mouse quicker to respond, particularly when frantically moving it around your mouse pad or desk. Whether a 2,000Hz polling rate is truly noticeable over 1,000Hz (0.5ms versus 1ms), I can’t say—I’m skeptical, but have not spent any hands-on time with Corsair’s new rodents.

Latency aside, the Dark Core RGB Pro models both have eight programmable buttons and use Omron switches on the two primary clickers. They also feature nine RGB lighting zones. According to Corsair, the mice can run for up to 16 hours with the lighting enabled, or 36 hours with the RGB lighting turned off.

These mice are ergonomically designed for right-handed gamers. That said, they do come with a pair of interchangeable side grips, though they don’t relocate the side-mounted thumb buttons.