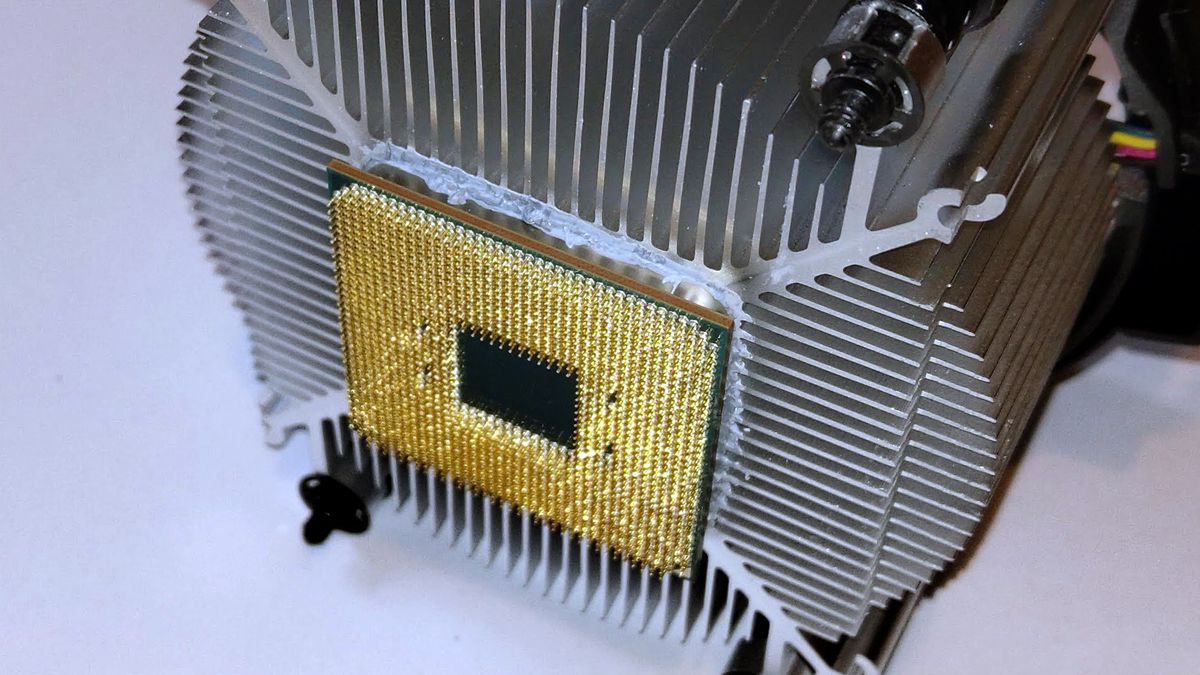 If you’ve built any AMD Ryzen systems of late, or upgraded their cooling, you may have come across a particular problem with the AM4 socket. The CPU can be pulled out of the socket when you try removing the cooler, even though the retaining arm is locked down. The thermal paste effectively glues the chip to the cooler, and the socket itself doesn’t grip the CPU hard enough to win that particular tug of war.

A new solution to this problem has appeared on a Chiphell forum courtesy of kthlon, who was looking at the ProArtist Desserts2 CPU cooler that includes a retention bracket in the package. It doesn’t interfere with the top of the heatspreader, so doesn’t have a negative effect on cooling, but it does clamp the CPU down so that when you remove the chiller, your Ryzen processor doesn’t get yanked out with it.

This isn’t a universal solution at this point, because there are standoffs involved, that need to be the right height for the cooler used, although it shouldn’t be too hard to get this working with more coolers. This retention bracket is only available in China at the moment, although given the interest in it, and the simple design, I’d hope it gets picked up by other cooler manufacturers quickly.

While we welcome the bracket, is this really a problem for the vast majority of builders? It’s going to be more useful for those that swap CPUs and/or coolers regularly, but that’s hardly everyone. The sticky CPU phenomenon can be easily sidestepped too. Either by twisting the cooler as you remove it or by running the machine prior to removal to warm up the thermal paste so that it comes off easily.

I’ve been doing a lot of testing with AMD’s CPU recently for the forthcoming Ryzen 3000 XT chips, and haven’t managed to pull the chip out of the socket once. Although, it’s definitely something I’ve done in the past, and it’s not particularly fun when it happens—making sure you don’t bend any pins as you try to remove the CPU from the cooler without smooshing all those lovely golden legs isn’t easy.

It’s worth noting that AMD may be looking to change sockets next year, with Zen 4 widely accepted to need a new socket. So this is something that simply may not be needed for the AM5 socket (or whatever it’s called).