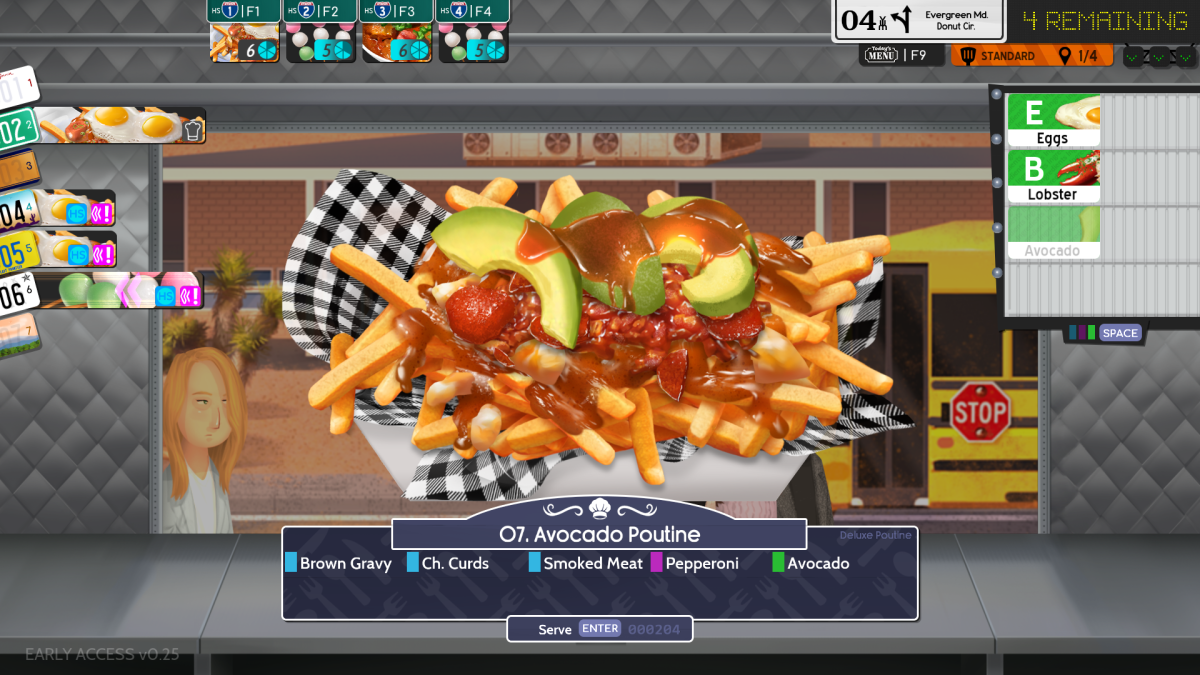 Deceptively hardcore food truck game Cook, Serve, Delicious! 3?! has released its grand finale update, the Iron Cook Speedway, ahead of launch this summer. Cook, Serve, Delicious 3 is the latest in the series, a return to form for fans of the first game while retaining much of the difficulty of the second.

Here’s a description from the update: “The Iron Cook Speedway is an arena where contestants will race around the track, preparing orders for the judges before pulling into the Judges Tents. Along the way players will race in the combat tunnel, where food truck attacks are common and can happen multiple times in a single race! And with the Iron Cook rules prohibiting protective armor, you’ll feel every hit come your way.”

Food truck death race, then. Got it. Seems correct for the cooking game with a post-apocalyptic setting.

This will be the CSD 3’s last big update before release later this summer. It launched into Early Access in January of this year with a plan to release in September, and it looks like they’ll mee that goal. Only small updates, quality of life tweaks, and a few more cooking trinkets are planned before release. According to the developers, version 0.95 is “essentially the full game.”

You can find Cook, Serve, Delicious 3 on Steam for $15. Developers Vertigo Gaming are considering a price increase after the full game launch. You can find out more about the game on its official website.