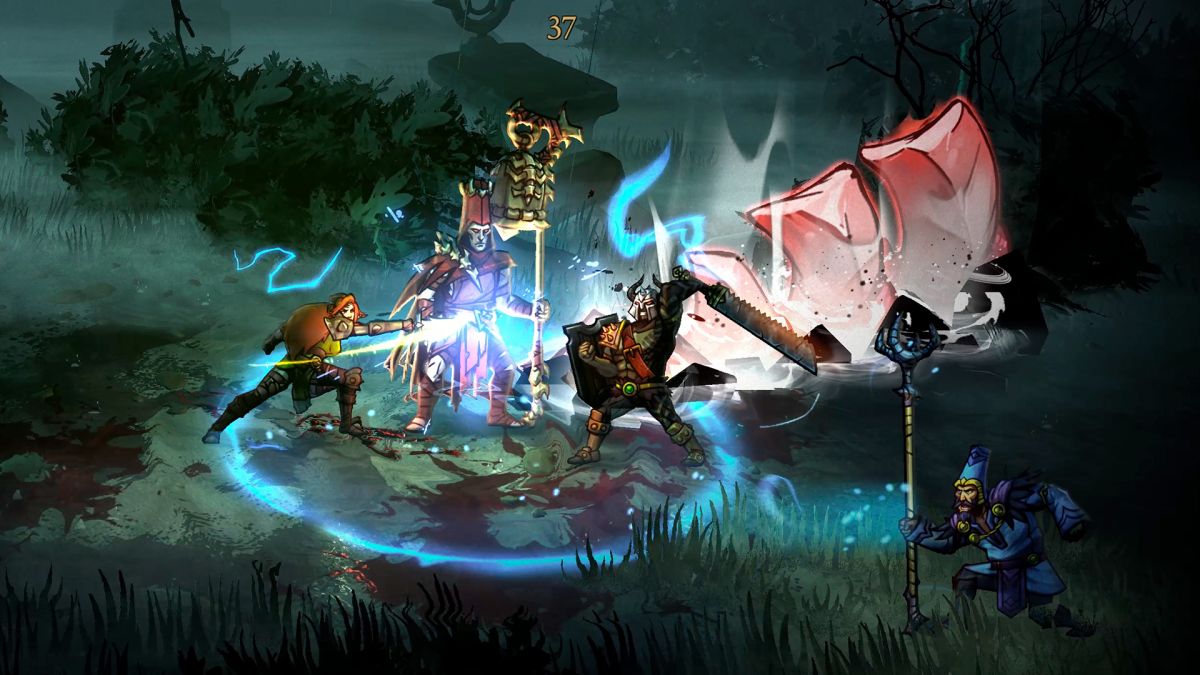 In Blightbound, three players are tasked with battling their way through a realm corrupted by an evil fog called The Blight, an unfortunate result of the death of a Shadow Titan. Players choose between a warrior, assassin, or mage, and must fight through blight-ridden lands, cleansing the world of the dark force.

Your journey will be filled with plenty of monster-infested dungeons complete with loot to gather and puzzles to solve. You’ll also be able to recruit heroes, adding them to your roster of available warriors. With 20 heroes to collect and hundreds of lootable items, you’ll be able to craft the perfect character and synchronise better with the rest of your group.

When released into Early Access, Blightbound will be sold at a 10 percent discount from its full launch price of $20 / £16. There’s currently no word of when Romino Games will fully release Blightbound, but I hope it’s soon because I can’t get enough of its hand-drawn visuals. I’m getting major vibes of Darkest Dungeon mixed with Trine’s cop-op.