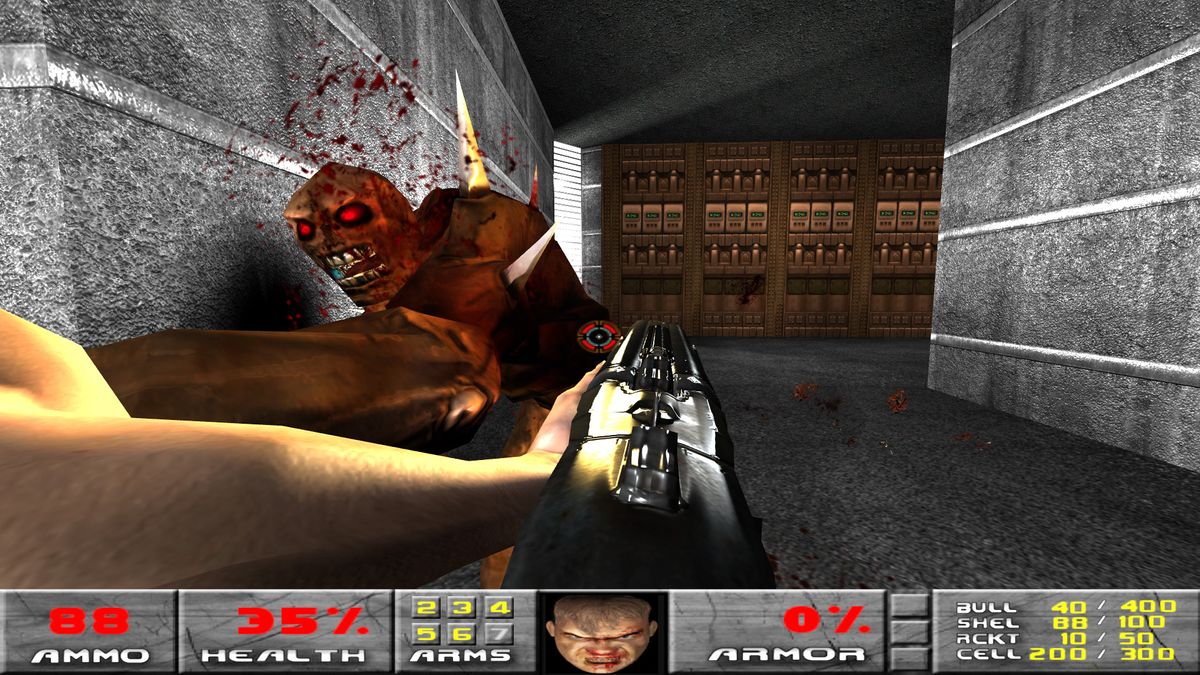 Doom Reborn is a mod that aims to recreate the original Doom and Doom 2 in the far more technologically advanced Doom 3. Six years ago (wow), we selected it as a Mod of the Week, although we noted that it was still in a very pre-release state at the time, with wonky (sometimes nearly absent) AI and only a few levels complete. It’s come a long way since then, and while it’s still not finished, it looks really good—and even better, you no longer need Doom 3 to run it.

The mod still makes use of the id Tech 4 engine, according to the ModDB description, but instead of having to set it up as a Doom 3 mod, you can simply download it, then extract and run it. It’s a fairly big download as a result, about 1.3GB in total, but it looks and sounds like the real deal: I played a few of the opening levels from Doom 1 and 2, and making allowances for the differences and quirks in the engine (a cursor appears when you stand in front of a secret door, for instance), they all matched up just about perfectly with how I remember them.

There are still some limitations to the game. You can’t save or load your progress, for instance, although each level you complete unlocks it for direct access in future replays. Weapons also don’t carry over between levels, which isn’t a big deal in the early going but could conceivably become a hassle later on. And headphone users take note: It’s really loud. I had to turn the volume down to 50 percent when it just about blew my eardrums out the first time I started it, and even at that level the super shotgun made me jump out of my seat the first time I fired it.

The recent 1.65 update really improves the visual quality of Doom Reborn, and personally I’m a big fan of the ease-of-use, too. (At my age, extract-and-run is a blessing.) I also really like that after all these years, the work on Doom Reborn is still continuing, slowly but surely and steadily. A lot of fan-made projects like this end up falling by the wayside, and so it’s nice to see that this one is still hanging in.