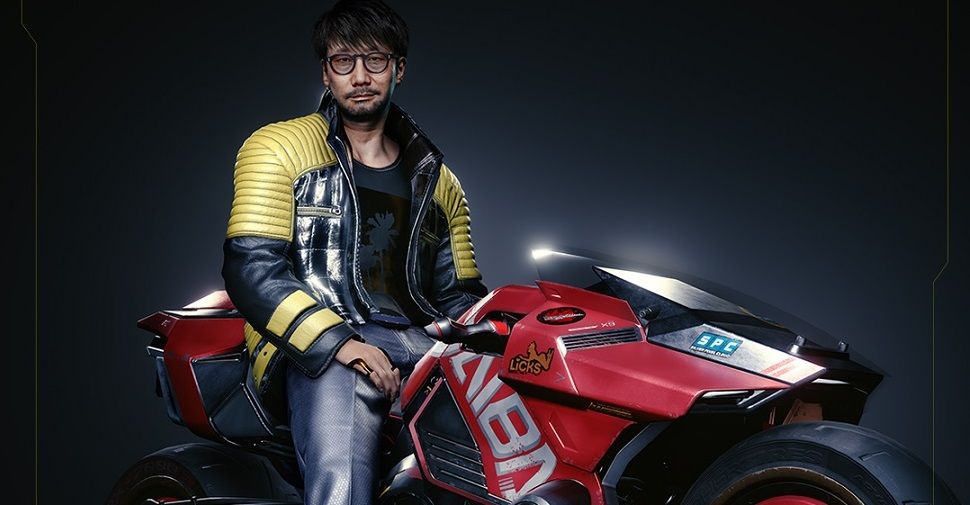 Hideo Kojima is always a very stylish boy, but his Cyberpunk 2077 doppelganger might have him beat. To congratulate him and the Kojima Productions team on the PC launch of Death Stranding, CD Projekt Red went and turned him into a Cyberpunk 2077 character.

The designer got an early look at Cyberpunk 2077 back in 2018 when he visited CD Projekt Red, and the following year he popped over to the studio’s Tokyo Game Show booth to have his picture taken on one of the game’s very flashy motorbikes. This photo op appears to have been the inspiration for the excellent Cyberpunk 2077 art that is now gracing Twitter.

From Tokyo to Night City — that’s quite a ride…Congratulations on the PC launch of Death Stranding, Kojima-san and the team!PC版の発売、おめでとうございます㊗️#DeathStrandingPC #Cyberpunk2077 pic.twitter.com/2gcaN1oHP5July 15, 2020

There are quite a few common threads connecting Cyberpunk 2077 and the games Kojima has worked on. Transhumanism, irresponsible use of technology, immersive sim shenanigans—they share a lot. Death Stranding’s bikes even look a lot like Cyberpunk 2077’s.

It might just be a nice gift from Cyberpunk’s artists to Kojima, but given that it looks a bit like an in-game model, it does make me wonder if Kojima will actually be hanging out in Night City for players to find. During Cyberpunk 2077’s Night Wire livestream, it was revealed that streamers would be getting cameos for some reason, so there’s already a precedent.

Kojima, of course, is no stranger to cameos. Death Stranding is full of them, with Kojima (as a goo monster), Geoff Keighly, Jordan Vogt-Roberts and Conan O’Brian all cropping up. He also snuck into Control and can be recruited in Metal Gear Solid 5.

I’ve reached out to CDPR to find out if we’ll be able to find Kojima scooting around on his cool bike in November. In the meantime, check out Andy Kelly’s Cyberpunk 2077 hands-on.