Caves of Qud introduces a sprawling new dungeon: The Tomb of the Eaters 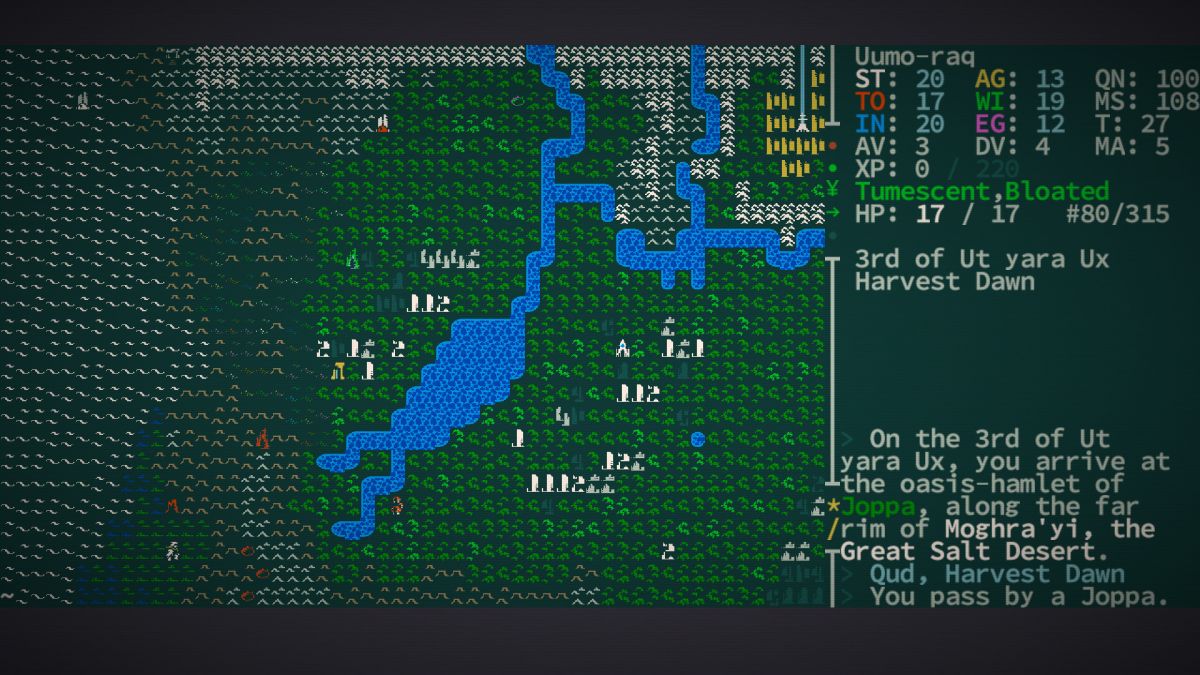 Science-fantasy roguelike Caves of Qud has a huge new update with a massive, 12-level dungeon called the Tomb of the Eaters. The Tomb is a pretty big dungeon that adds a lot to Qud’s elaborate histories because it deals with The Eaters, a long-lost precursor to Qud’s civilization of weird mutants and people and animal hybrids.

If you’re not familiar, Caves of Qud is a game where you can be anything from a self-cloning psychic mutant to a cyber-enhanced terminator or a turtle-person who shoots fire from their hands. It’s a roguelike with an old-school aesthetic, and does some of the most interesting stuff in games with combining procedurally generated and handwritten stories. It’s one of our top 100 games on the PC. It has great music.

The Tomb of the Eaters update also introduces a boatload of new NPCs, objects, and mechanics. There are a bunch of new cybernetic implants and items and modifications for items as well. For example, you can now install ground-penetrating radar in your body. This is, I imagine, handy in a game about crawling through underground caves doing stuff. There is also this singularly delicious patch note: “Added a new liquid: brain brine.”

What does that even mean?

You can find out by checking out the Caves of Qud website, which has all manner of details about how you can buy the game. After a heck of a lot of development time, Caves of Qud is due to make its full release this year. I’ll keep you posted.