Captain America is dropping into Fortnite 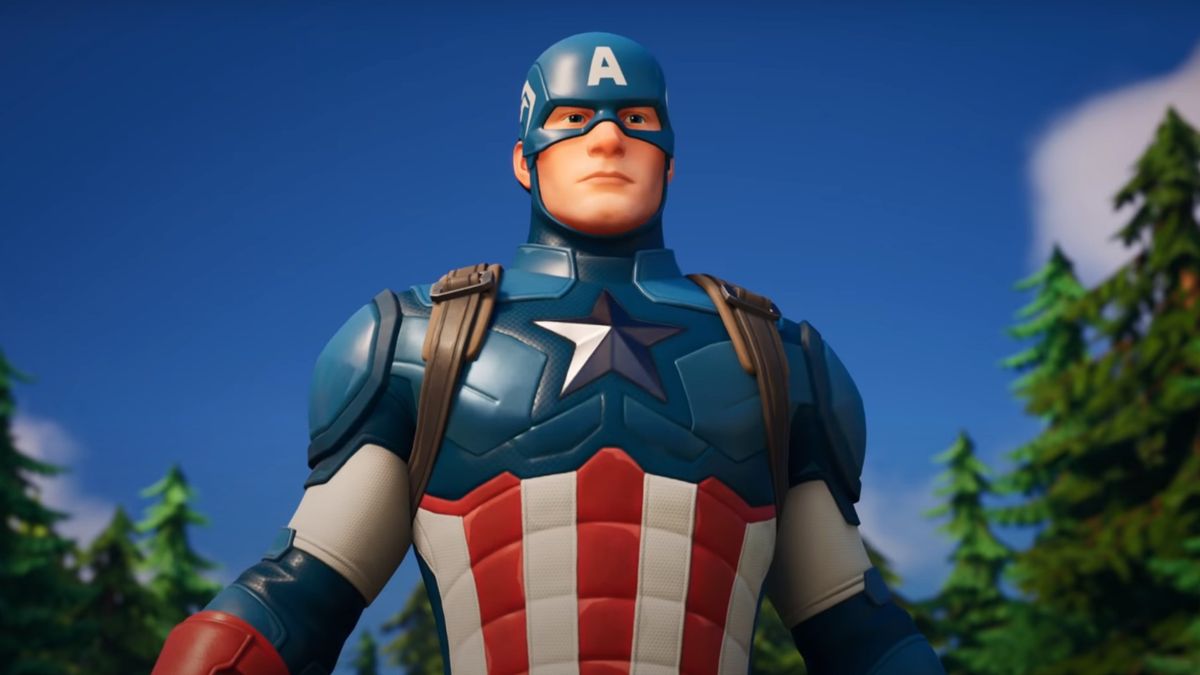 Captain America is doing a superhero landing into Fortnite as part of the game’s 4th of July celebration, and you can buy him now from the Fortnite item shop. The new skin also comes with some classic back bling and a new type of harvesting tool that’s pretty different from anything I’ve seen in Fortnite before.

Take a look in the trailer below.

Currently, the Captain America skin only comes with one style: The version of Cap wearing his full helmet and half-mask. That means if you’re a fan of Steve Rogers with his helmet off, flashing those luscious sandy blonde locks, you’re out of luck, unless Epic adds a new style in the future.

All that said, it’s a great skin with lots of details to admire, although I’m not so sure Epic has achieved the true status of “America’s ass.”

But you’ll also get Cap’s proto-adamantium shield as both back bling and as a harvesting tool. The item shop description isn’t clear on whether you can use the shield for both at once (like, could Cap take it off and put it back on?) so unfortunately we’re not sure how that’ll work until one of us buys it.  But as a harvesting tool, I love the idea of swinging around something other than a pickaxe or those dual axes. Thankfully, the shield is included in that 2,000 V-buck price tag.

There’s also a new “Grand Salute” emote that makes your character stand triumphantly in front of a shower of fireworks, in another nod to the 4th of July. It honestly might be the only fireworks some of us see this year.

It’s also worth noting that, in the trailer, Captain America very clearly arrives via the Bifrost, the magical teleportation bridge from the Thor universe. We’ve already got DC’s Aquaman as our unique tie-in skin for the season, so does this mean we’re getting more Marvel heroes, or dare I say it, a cross-franchise crossover? I doubt it, but hey, we’re talking about Fortnite here. Anything is possible.