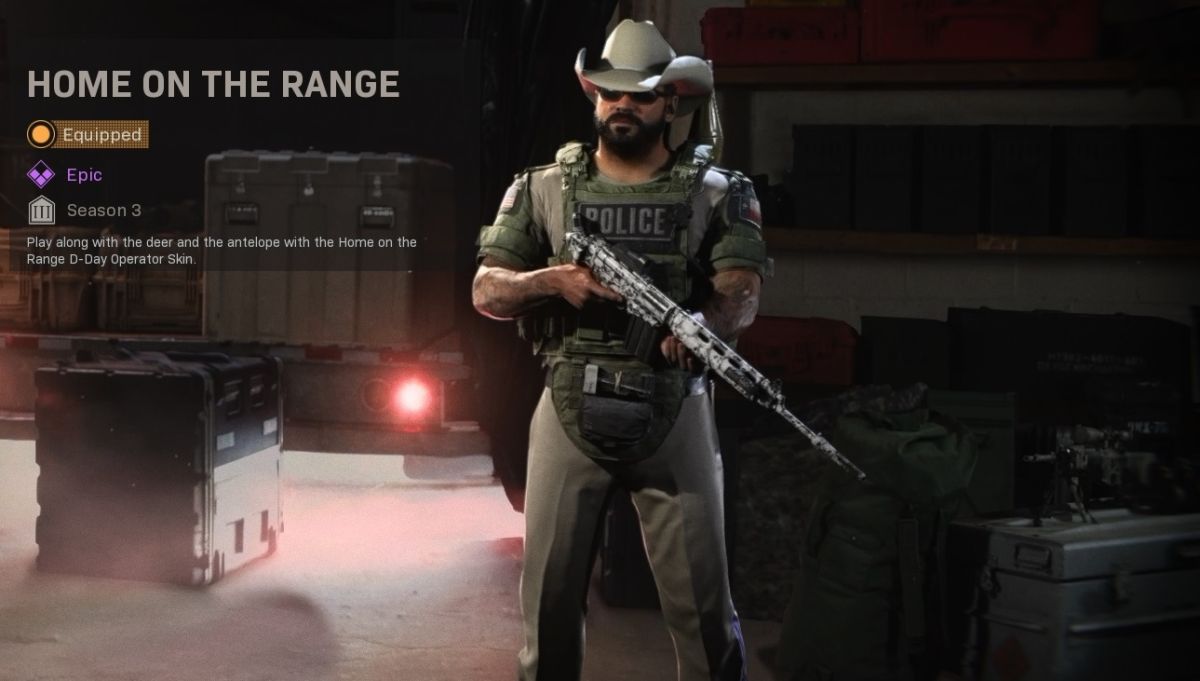 Even in a sometimes jingoistic series like Call of Duty, Modern Warfare and Warzone’s Border War skin seemed massively tasteless, and after plenty of criticism Infinity Ward has acquiesced and renamed it.

The skin, which arrived in Season 3 a few months ago, has been accused of glorifying the police—making Infinity Ward’s supportive statement on Black Lives Matter ring hollow—and promoting the current US regime’s aggressive position on immigration.

It let players cosplay as a cowboy cop, accompanied by a rather chilling description: “Show them the error of their ways and make them pay with D-Day’s Border War operator skin.” Regardless of Infinity Ward’s intention, that sure reads like it’s celebrating violence against illegal immigrants.

On Tuesday, Infinity Ward announced that the name and description had been changed, along with some bug fixes.

A patch is now live across all platforms that fixes: · Renames D-Day’s ‘Border War’ skin and bio· An exploit where players could pick up weapons they dropped before the infil sequence in #Warzone· A Rytec AMR bug where shots were hitting above the crosshairs in their scopeJuly 14, 2020

It’s an awkward fix and the description doesn’t really make sense for a skin that is still, obviously, inspired by the US Border Patrol. I’ll take dumb over cruel, though.

Last month, Infinity Ward also acknowledged it had to do more to tackle racist abuse in Modern Warfare, outlining some steps it was taking, including more permanent bans and more resources to monitor and ID racist content. Last week, it removed the ‘OK’ gesture, which has become a symbol of white supremacy.