Bots and ranked matches have arrived in PUBG 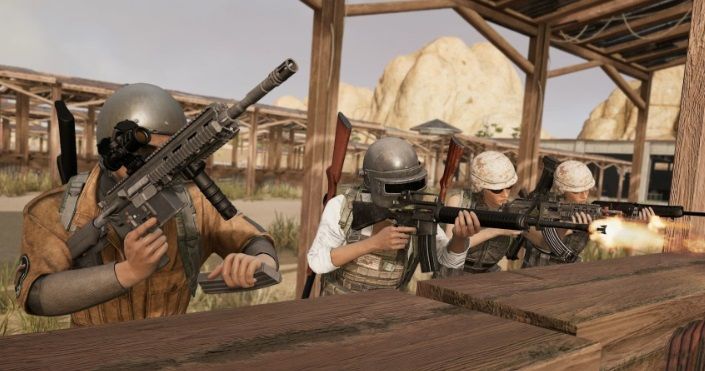 After a week on the test server, PlayerUnknown’s Battlegrounds update 7.2 is now live, most notably adding a ranked mode for players who want to take their fights over chicken dinners a bit more seriously.

Ranked matches throw squads into a 64-player map randomly selected from Erangel, Miramar and Sanhok with tweaked rules. Red zones, crossbows and motorgliders are out, for instance, and the safe area will shrink at an adjusted rate, apparently to make things more intense.

From today, you can drop into the new mode, either in third or first-person, and start climbing up the ranks until the end of the season. Before you get your starting rank, however, you’ll need to finish your placement matches. In future seasons, your previous performance will also be taken into account when giving you your starting rank.

Master is the highest rank division, and to get there you’ll need to earn RP from matches that can raise or lower your rank tier, and potentially even knock you down a division. At the end of the season, you’ll get a reward based on your highest placement.

If you manage to hit Gold V or higher, you’ll net yourself a ranked skin set that will change every season. There’s no word on what will make the skins stand out, but PUBG Corp says that it “should be easy for anyone to tell at a glance that you’re using a ranked reward skin even if they can’t remember exactly which season it’s from.”

You’ll get something even if you only manage to finish your placement matches, though emblems and nameplates aren’t quite as enticing as skins. The top 500 players will also get “something extra” in the design of their nameplates and emblems.

To keep the matches clean, players might have to use phone authentication to verify their account, as well as reach a minimum level in Survival Mastery. To stop players trying to skip maps and sidestep the random nature of the map selection, PUBG Corp’s also added a timer that means you can’t queue up again immediately.

While the new mode is the highlight, it’s not the only change. 7.2 also gives shotguns a spit and polish to make them viable throughout the game, increasing accuracy, damage and speed, and reduces the gap between the M416 and other ARs.

The update also marks the dreaded arrival of bots. They’ll start appearing in regular games, but not ranked matches, and are apparently designed to give players a few easy kills to help them hone their skills. PUBG Corp acknowledged that bots are a “controversial” feature, and so far the addition has not exactly been welcomed with open arms.

You can check out the 7.2 update now. Take a look at the patch notes for the full list of changes.