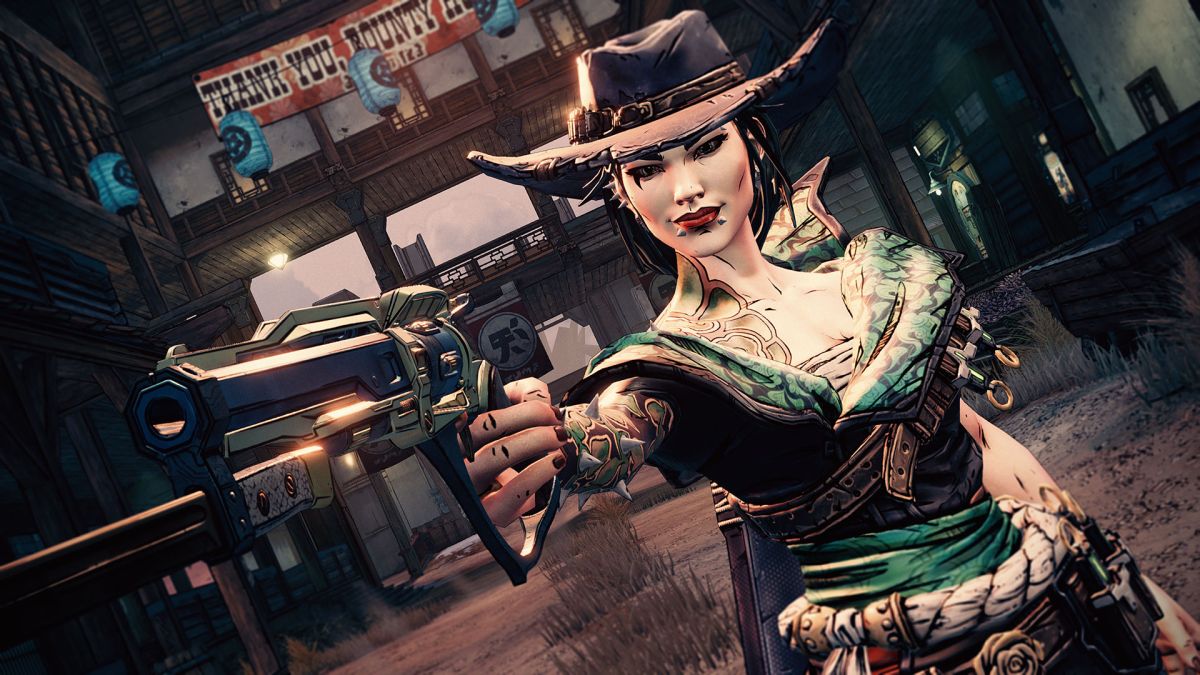 The tradition of Borderlands 3 DLC with long, clunky titles that don’t fit well into headlines will continue in June with the release of Bounty of Blood – A Fistful of Redemption, a tale of a stranger who plays both sides of a vicious blood feud against each other, leaving nothing but death in his wake.

(That’s actually the plot of A Fistful of Dollars, the classic 1964 Spaghetti Western starring Clint Eastwood, but the homage is impossible to miss.)

In the Borderlands 3 take, you’ll travel to the small town of Vestige on the planet Gehenna to face off against a vicious gang of bandits called the Devil Riders who have been terrorizing the locals. That’s pretty close to the mark—not exactly like the Clint Eastwood film (or the Kurosawa film, or the Bruce Willis film, take your pick really), but still a very standard Western setup—maybe more akin to High Plains Drifter overall, but I digress.

You’ll meet new characters along the way like Rose, who’s handy with a pistol and a blade, and Juno, “a rough-and-tumble brawler with a checkered past.” Playing through story missions and Crew Challenges will help restore the town to its former glory, and your adventure will be narrated with character insights and commentary on the action.

Bounty of Blood will also add a new “Jetbeast” hoverbike, which can be outfitted with various bits of weaponry, and new objects like Traitorweed, which can turn enemies into allies (briefly, of course) and Breezebloom, which will literally lift you to new heights. New Western-themed firearms are also on the way, because of course they are.

Bounty of Blood – A Fistful of Redemption is the third of four campaign DLC releases planned for Borderlands 3, and is set to come out on June 25. It’ll be available for standalone purchase (pricing hasn’t been announced, but the previous releases were $15 each) and is included with the season pass.