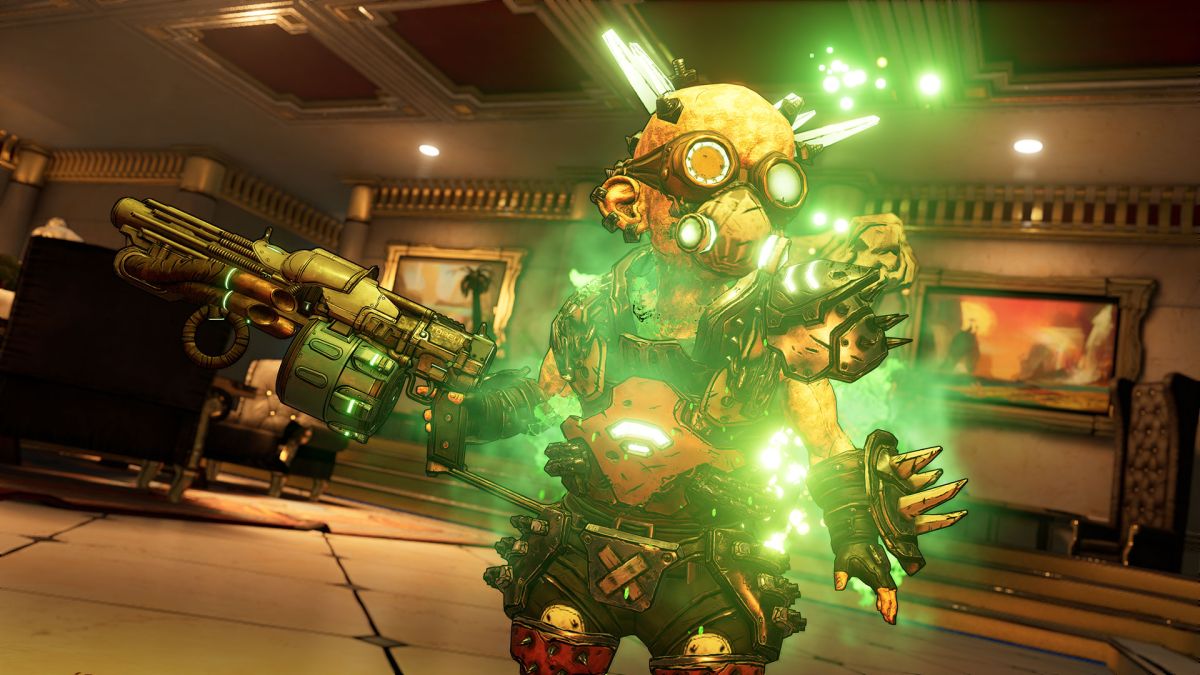 With the second Borderlands 3 expansion, Guns, Love, and Tentacles: The Marriage of Wainwright and Hammerlock, set to go live in just a couple of days, publisher 2K Games has announced details about the next level cap increase, which will go live alongside the expansion. Following the update, players will be able to take their characters to level 57, which will unlock two capstone skills instead of just one, which should provide “a huge surge of power for endgame players and unlock all kinds of new build possibilities.”

The update blog also reveals more about the upcoming Mayhem 2.0 mode, which will feature ten Mayhem levels and 25 modifiers “classified by general difficulty,” with better drops coming at higher Mayhem levels. Mayhem 2.0 is set to launch in April at the start of Revenge of the Cartels, a new six-week seasonal event that kicks off with the Saurian NPC Maurice in need of help clearing some debts he owes to Johnny Ultraviolet.

The event will feature a new map called The Mansion, which will change depending on which gang is currently in charge of the Cartel. “You won’t know what kind of enemies to expect until you’re in the thick of battle, beyond the fact that you’ll never fight the same faction twice in a row,” 2K said. “Better yet, each gang has some unique loot drops and Anointed parts, so repeat runs are highly encouraged.”

You’ll also be able to pick up Revenge of the Cartels gear by completing optional challenges—or, if events aren’t your bag, you can opt to switch the whole thing off and skip it completely.

More information about Mayhem 2.0 and the Revenge of the Cartels event will be shared as it gets closer to launch. For a closer look at what’s coming later this week in the Guns, Love, and Tentacles: The Marriage of Wainwright and Hammerlock expansion, hit up borderlands.com.