Bomb Rush Cyberfunk is an indie ode to Jet Set Radio, with the original composer 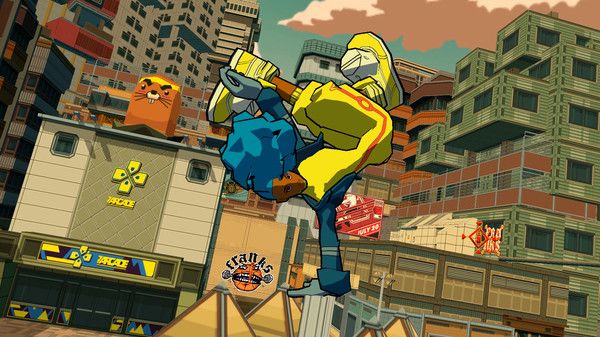 One look at Bomb Rush Cyberfunk ought to tell you what game it’s inspired by—it’s clearly a spiritual successor to Jet Set Radio, the 2000 Sega Dreamcast classic by Smilebit. The teaser released by indie developer Team Reptile is very, very brief, but it’s so close to Jet Set Radio in style that fans immediately know what to expect — spraying graffiti, skating around the city to funky beats and of course staying one step ahead of the police at all times.

The game’s description on its Steam page further confirms that you can expect the same gameplay (and style!) that made Jet Set Radio so beloved. You can “grind, slide, jump, trick and airdash to move around” in different neighbourhoods, and the goal of each level is to liberally tag different spots with street art. You can also expect to “encounter a lot of weirdos.” We wouldn’t have it any other way.

Other than its visual style, Bomb Rush Cyberfunk has one more important thing in common with Jet Set Radio, namely composer Hideki Naganuma, who wrote most of the soundtracks for Jet Set Radio and Jet Set Radio Future—a great mix of, you guessed it, funk and ’80s hip-hop that inspired many fan covers.

According to the Team Reptile website, Bomb Rush Cyberfunk will release sometime in 2021. To bridge the long wait, or if you want to find out what the hype is all about, you can get the original Jet Set Radio HD remaster on Steam and play the team’s previous game, the great Lethal League Blaze.