Bloodstained gets a randomizer and new playable character this week 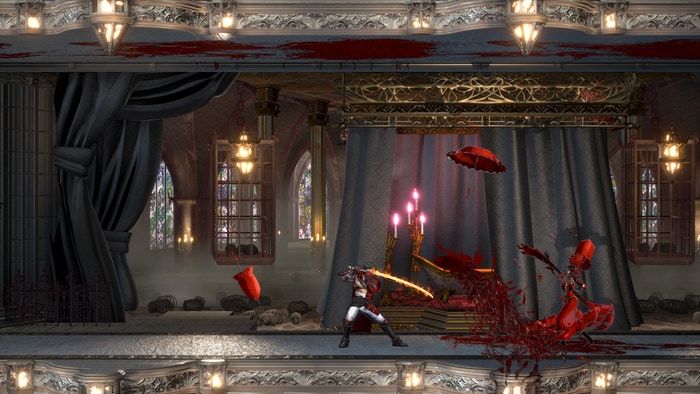 Bloodstained: Ritual of the Night will get a new playable character this week, as well as a randomizer that can tweak a handful of aspects of the game. The randomizer is a replacement for the original roguelike mode, which was part of the game’s Kickstarter stretch goals but ultimately cancelled due to its incompatibility with the finished game.

The randomizer controls eight parameters. You can change the location of key items, general items, shops and save rooms, while items and shards dropped my enemies can also be shuffled. Three (spoilerish) end goals can also be selected as the primary win state. It’s a shame you can’t randomize enemy placement, but what’s available should mix things up enough to warrant another playthrough. If you’re especially happy with the parameters you’ve set, you can generate a seed code to share.

You’ll be able to play these shuffled playthroughs as a new character. Zangetsu unlocks once the game’s “good ending” has been achieved: he already appears in Ritual of the Night as an NPC and was the main playable character in 8-bit spin-off Curse of the Moon. You won’t be using shards at all with Zangetsu, he’s a relatively straightforward fellow, with a trusty sword and some special magic-based abilities. His style basically foregoes the loot aspect of the game: consumables, equipment, crafting, chests, quests and cutscenes are all disabled.

The free update releases on May 7. If you haven’t played the vanilla game it’s definitely worth your time if you’re a fan of old school Castlevania games. “Bloodstained: ROTN faithfully recreates the metroidvania experience of the 2000s,” our review says. “A feast for fans of a very specific experience; a bit too old-fashioned for anyone else.”