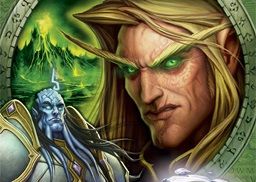 Blizzard has sent a survey to a select number of World of Warcraft Classic players asking their opinions on a number of issues, including several questions geared towards the release of expansion The Burning Crusade in “Classic” form. Screenshots of the poll were posted to Reddit, after which they came to PC Gamer’s attention. The first of two questions is simply a gauge of interest in “a ‘Classic’ version of The Burning Crusade,” with response options ranging from “Not at all interested” to “Extremely interested.” The second polls players on how they’d envision starting in “Classic” Burning Crusade, and has a range of options already being hotly debated on social media.

Though this survey was sent to a very limited number of Classic players, Blizzard is definitely now going to get everyone’s opinion. It’s important to remember that this isn’t confirmation of an eventual release, or even any work on, The Burning Crusade Classic—companies regularly conduct polls like these to gauge customer sentiment. Nonetheless, World of Warcraft Classic succeeded well beyond what Blizzard had planned for, and if the interest is there The Burning Crusade—and beyond—may well return. We reached out to Blizzard for comment, but it was not returned before publication of this story.