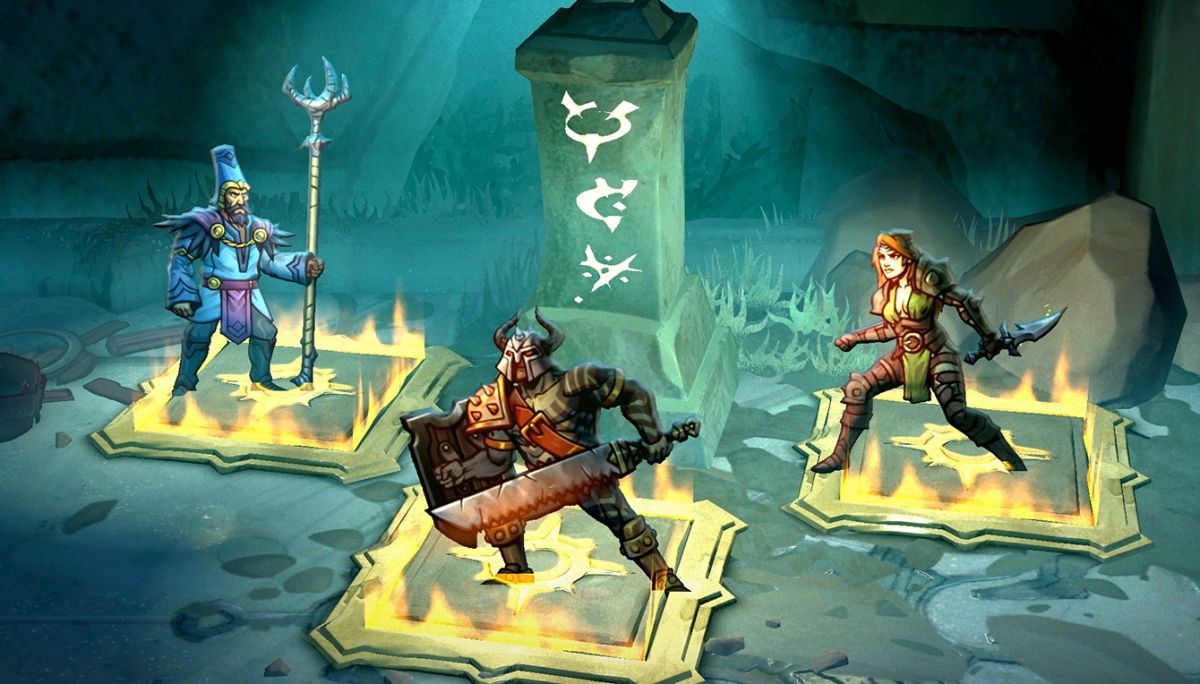 Well over a year after the release of Swords and Soldiers 2 Shawarmageddon for the PC (it originally came out for the Wii U in 2015), and nearly a decade since the excellent Awesomenauts, developer Ronimo Games has revealed what’s coming next: Blightbound, a three-player dungeon crawler set in a fantasy realm where the death of a legendary beast that was plaguing the land just made things worse.

It turns out that the Shadow Titan, as this great monster was known, was actually something of a Trojan horse: When it was slain by a band of legendary warriors, a “corrupting fog” that turns everything it touches to evil flowed from its corpse and across the land. As you can imagine, this was a real problem: Evil was around every corner, and in order to avoid stepping in any, humanity was forced to flee to refuges high in the mountains.

Decades later, you and your pals will venture forth forth from your elevated abode to “explore handcrafted dungeons, fight a terrifying cadre of mystical and monstrous enemies, grab valuable loot, and recover fallen heroes to expand your roster of available warriors.” The side-scrolling gameplay will cover three distinct lands with “several” dungeons on each, more than 20 unique heroes to add to your roster, and hundreds of lootable and craftable items.

Blightbound will local and online co-op gameplay, and will have a particular focus on teamwork. Each of the game’s three classes—warrior, assassins, and mage—will wield unique “ultimate” abilities and fill specific roles in order to solve puzzles and defeat “colossal” enemies.

The trailer doesn’t show off a lot of gameplay, but I like the hand-drawn style: It strikes me as kind of a cross between Darkest Dungeon and Streets of Rage, with a dash of Saturday morning cartoon thrown in to spice it up. Blightbound is expected to arrive on Steam Early Access this summer, and until then you can find out more at blightbound.com.