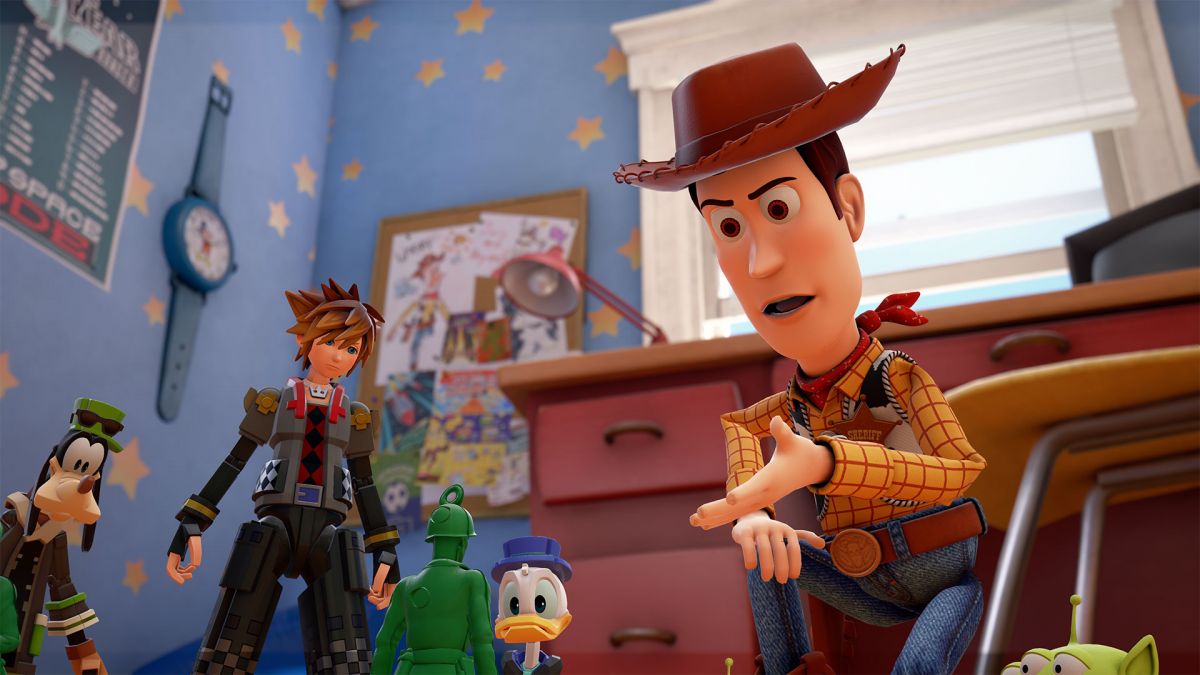 We may receive commission from purchases made via links on this page. Pricing and availability are subject to change.

The PlayStation 5 came out a year and a half ago, and it’s still hard to get one. Instead of jumping on eBay, why not dust off your PS4 instead and discover some games that are new to you? Lots of great titles are still being released for the system, and they look pretty good, too. They’re also on sale — especially this weekend at GameStop, which has a “buy two, get one free” deal that you should check out. We’ve listed some of our favorites below, as well as some other great buys from our favorite retailers like Amazon, Walmart and Best Buy.

Vikings are cool, and we’re not just saying that because they live way up north! This epic title lets you live the life of a Norseman…or Norsewoman (you get to choose your gender). You can go on raids, fight vicious battles and experience a grand, sweeping saga in the Assassin’s Creed universe. But you don’t need to be familiar with the series to get started — in fact, this game is a great starting point for this immersive series, with a fun history lesson to boot!

Gamers certainly love it, with one shopper calling it “one of the best open world games I have played.” That’s because “there is so much to do in this game, so many ways to build your character, so many ways to engage in combat. The graphics are amazing and finally a game where you can play as a Viking! This game has over 100 hours of gameplay. Highly recommended!”

Are you a big fan of westerns? Do you ever wish you could ride horses, battle outlaws and roam the wide-open frontier? Well, Red Dead Redemption 2 will let you do just that, dropping you into a compelling story set in an open world where you call the shots. Fight bad guys, hunt animals and even play a few games-within-the-game like poker and blackjack. You can even make friends with your horse!

Players are in love with this title, calling it “one of the best games ever made.” One player had this to say: “A very emotional journey and a highly entertaining and beautiful world to actually live in. I feel attached to the in-game world and characters. This is a generation-defining game.”

If you haven’t heard of the franchise, Kingdom Hearts is an action-packed role-playing game where Disney meets Final Fantasy, and this collection has 10 of the games in the series collected together for one super low price. Kingdom Hearts All-in-One Package would be a great bargain even at its regular price of $40, but right now it’s only $30. That’s a crazy good deal, and your loved ones will dig playing with Mickey, Donald and Goofy, as well as meeting new friends like Sora and Riku.

Shoppers note it’s good for all ages, with one parent saying “My little one can even play it” and another enthusing “I bought Kingdom Hearts for my son, and he can’t stop talking about how much he is enjoying the game.” If the kids love it this much, it’ll certainly make a great addition to your own collection.

There’s a lot you didn’t learn about the American Revolution in school. You certainly didn’t read about a secret society pulling the strings and a band of assassins trying to stop them. That’s what makes this historically based game so much fun — the way it plays with real figures and events. This package gives you two thrilling colonial adventures: the remastered version of Assassin’s Creed III, which originally came out on the PlayStation 3, and Liberation, a title that came out on the handheld Vita featuring a female assassin and set in New Orleans. It may not be the most accurate version of events, but it’s certainly the most fun! Save $20 right now!

New in 2021, Lost Judgment is a detective story that will have you walking the streets of Tokyo to solve a murder mystery. Sneak around, get into fights and even track down hidden items with your trusty canine — this is a game that really lets you step into the shoes of a private detective. And even though it’s only three months old, this thrilling title is 50% off at GameStop right now — only $30.

Early reviews from players are good, with one calling it “dark but fun with twists and turns, keeping it interesting at all times.” And, while this is technically a sequel, you can still enjoy it even if you haven’t played the first, as one shopper says it’s “not exactly a shocking transformation of the first game, mechanics are about the same, just improved and/or added to, but the narrative of the game takes a different enough approach and the new possibilities at the school are exciting.” If you love mysteries, this sounds like it’s right up your alley!

This indie hit title scored a stellar 4.8 out of 5 stars with Amazon reviewers — no wonder it’s won so many awards! This mythologically themed game places you into the shoes of Zagreus, son of the Greek god Hades. Zagreus just wants to get the heck out of the Underworld, and it’s up to you to guide him through randomly generated levels with his trusty sword to hack and slash anyone who gets in his way.

You’ll die a lot, but that’s okay, as this player notes: “Each run you get just that bit more powerful and are able to progress a bit further each time. […] What’s even more astounding is that the characters react to your failures and successes. It all feels incredibly organic and unscripted which is impressive.” And one shopper calls it a “masterpiece” that “deserves every single award it has won” because it’s “the best game to exist in the last decade, bar none.”

It’s been almost five years since The Legend of Zelda: Breath of the Wild was released for the Nintendo Switch, and we won’t see the sequel until next year. Luckily, there are games like Immortals Fenyx Rising to scratch your itch for an open immersive world and epic story. The PlayStation 4 version is just $15, a 75 percent discount!

One player loved the entire experience: “As a huge fan of Zelda games and Horizon Zero Dawn, this game had me hooked from the get-go. The open-world map is huge and totally explorable since you have the ability to climb and glide basically anywhere. There are tons of puzzles, too! I absolutely loved the gameplay and would highly recommend to anyone looking for a fun way to spend some rainy/gloomy days inside.”

Marvel’s Guardians of the Galaxy

This game takes everything you love about the hit movies — the goofy characters, the wild combat and the classic tunes — and puts you in the cockpit. Fans of the comics will love the way the characters look like their on-page counterparts, while newcomers and vets alike will love the ability to make choices that affect the story.

This is one of the best games of 2021, and the five-star reviews on Amazon back that up. This player says it’s a “great narrative game, gameplay is amazing, and if you want a challenge put it on highest difficulty.” He adds, “the soundtrack is amazing… I didn’t get to the main story till like 30 mins in cause I was listening to the songs.” Sounds like it doubles as a jukebox, and you can snag it for 50 percent off at GameStop!

Have you ever wished you could take a lightsaber into your own hands, take down stormtroopers and explore the galaxy? Fallen Order is a game that puts you into the boots of Cal Kestis, a survivor of the Jedi massacre that occurred in Revenge of the Sith. Even if you’re not that familiar with Star Wars lore, this game is a great role-playing adventure with plenty of action and spectacular graphics.

This was one of the best games of 2019, and right now it’s just $20, Players call it a “fantastic Star Wars game,” one where the main character has a lot of “depth” and the graphics are “visually amazing.” One gamer says, “The combat is enthralling (and low-key gives me a power trip), the visual direction is incredible…and the game offers a new perspective that adds depth to a very interesting time in the Star Wars timeline. I’ve loved every minute of playing!”

The reviews quoted above reflect the most recent versions at the time of publication.