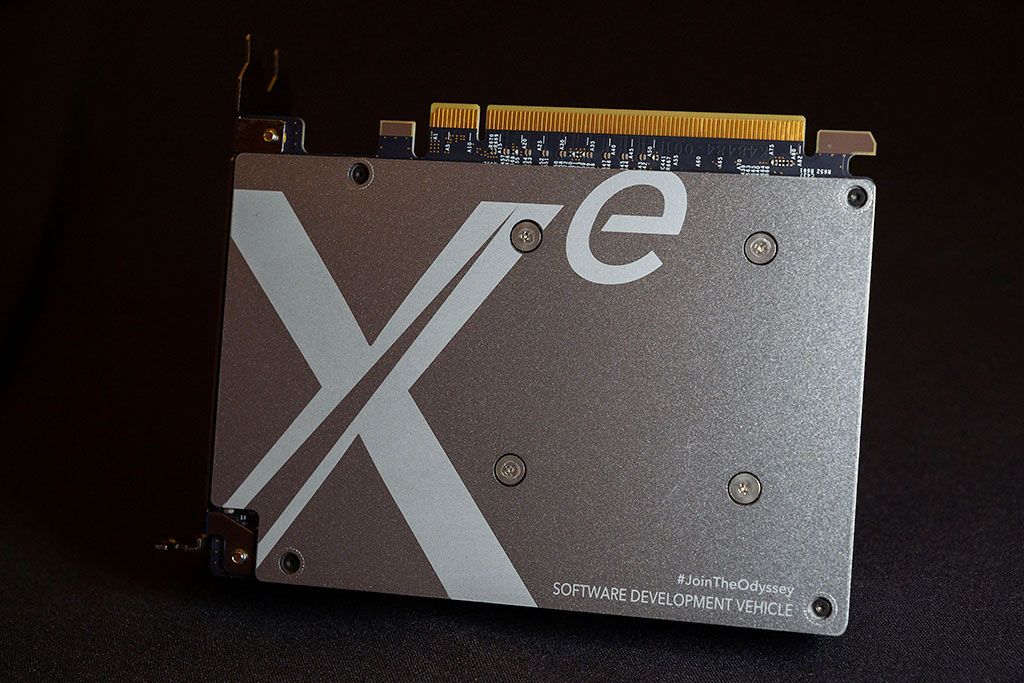 Intel’s next generation Iris Xe graphics has made a cameo in the SiSoftware Sandra database, a popular system utility and benchmark program. In addition to offering up some potential specifications, the leak is the first time we have seen “Iris” and “Xe” paired together.

This is not shocking, though it was also never a given that Intel would continue to use its Iris branding going forward. That’s because Intel is looking to shake things up in the graphics space. Its upcoming Gen 12 Xe graphics will make its debut with the company’s mobile Tiger Lake CPUs, and is based on the same underlying architecture that will power the company’s first modern discrete GPU, due out sometime this year.

The leak, as spotted by Twitter user APISAK (via Videocardz), pegs an Intel Iris Xe graphics part as having 96 execution units (EUs) and 768 GPU cores, clocked at 1.3GHz.

We have not been too enamored with what little we have seen with DG1 (Intel demonstrated its performance at CES), though in its current form, DG1 is a toned down Software Development Vehicle (SDV) intended to get developers acquainted with its graphics architecture. Even so, we’re not all that optimistic that whatever discrete GPU ships this year will be much of a gaming chip.