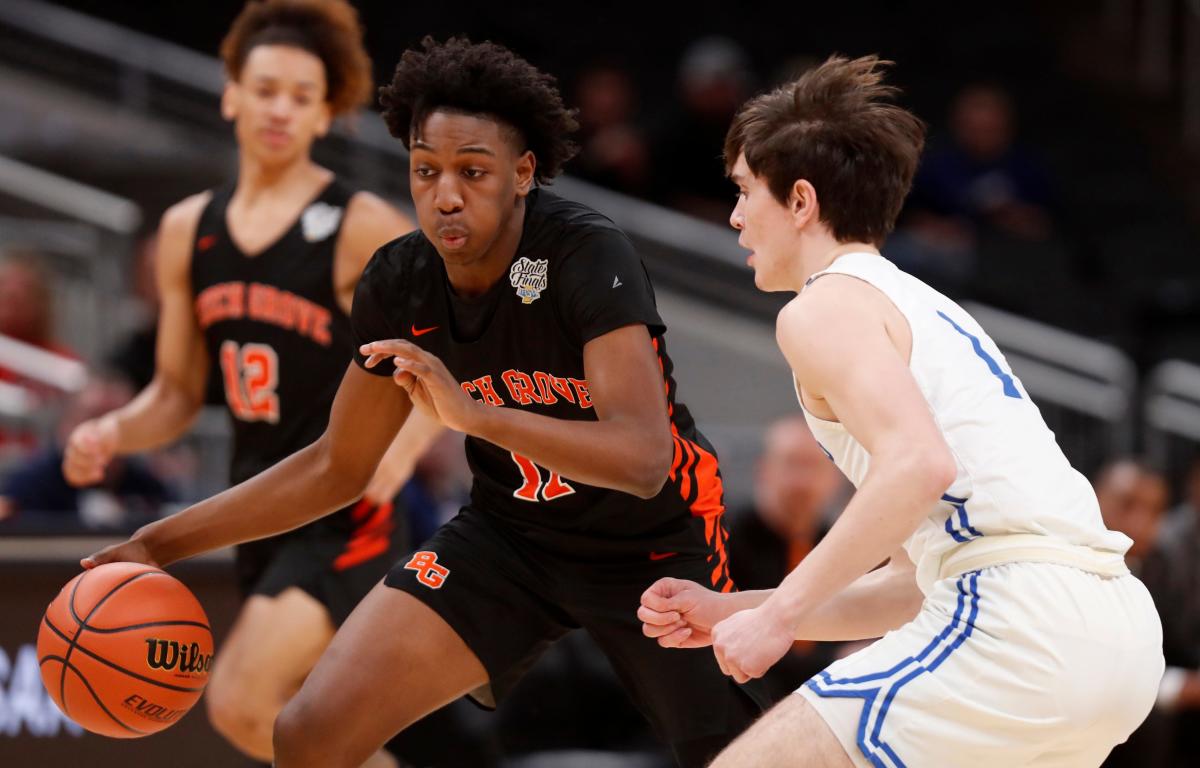 We’ll have plenty of coverage, so be sure to check back at indystar.com for the latest news and analysis from Insider Kyle Neddenriep.:

Clark Barrett was all alone at the free-throw line.

The second fell off the front of the rim.

Barrett finished with 13 points and 10 rebounds, but it was the Cougars who controlled the game.

North Daviess made it a slow-down game, a contrast to Central Catholic’s up-tempo offense that relies on fast breaks. — Sam King, Journal & Courier

The Pioneers (21-6) shot 10-of-14 from the floor during that first eight minutes allowing them to never trail in the contest and claim the school’s first boys basketball state title.

► IHSAA finals: Providence makes it difficult on Connor Essegian in his final game

Beech Grove, the “We before me” team of Matt English before he died from brain cancer in December of 2018, won its first state championship in school history with a 53-43 victory over Mishawaka Marian.

► Insider: Beech Grove script is the type Hollywood rejects because it’s not believable. Believe it.

Cathedral, seeking its second state championship in school history — and first in 4A — raced out to a 10-0 lead in the opening minutes and eventually proved far too athletic for the Trojans in a 65-31 thumping at Gainbridge Fieldhouse.

The Irish (26-6) came out and hit consecutive 3-point baskets, one by Jake Davis just nine seconds into the game and the second by Jaron Tibbs 32 seconds later. That 3 forced Chesterton coach Marc Urban into an immediate timeout.

► Insider: How Cathedral buzz-sawed its way through No. 1 Chesterton for 4A state title