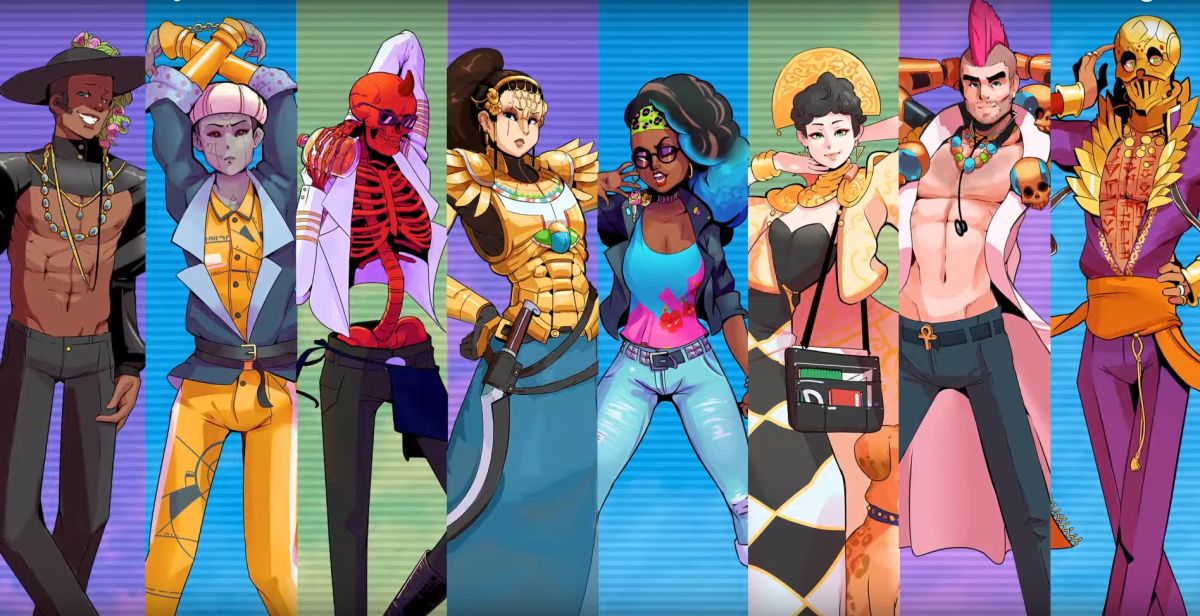 Paradise Killer is an ’80s-inspired open-world first-person investigation-adventure with a twist: It takes place on an island that exists outside of humanity, where a rogue human civilization is attempting to resurrect dead alien gods. Also, you play as an “investigation freak” named Lady Love Dies. Okay, so I’m guessing there are probably a lot of twists going on here.

The Steam listing doesn’t do much to clarify that underlying narrative. It seems that the people on the island unleash psychic energy to feed, and eventually resurrect, their fallen deities. But that energy release has the unfortunate side effect of attracting demons, who corrupt the island until the Council gets sick of the runaround and reboots reality. After eons of this nonsense, the system will be perfected in the next reboot, which will bring about Perfect-25—except that just before it’s supposed to happen, the Council is Murdered, Paradise is killed, and Lady Love Dies is recalled from exile to figure it all out.

Your job is to find the killer and prove your case in court, but the process is complicated. For one thing, fact and truth are apparently not the same thing—”reality,” am I right?—and “even if you make a convincing case for prosecution and get someone convicted, is the mystery really solved?”

The ominous tone of that question makes me think that the answer is no, it is not. But maybe that’s okay?

“You choose who to accuse, and build a case to support conviction. Everyone on Paradise has a secret to hide and something to gain,” the Steam page says. “Old friends become new suspects, forcing you to choose between the evidence, the greater good and your own beliefs. There are many possible murderers, but who you pick will define your own personal truth.”

There’s more information about Paradise Killer at paradisekiller.com, and you’ll also be able to take it for a free spin this weekend: A demo will be available during LudoNarraCon, a digital game convention on Steam that will run April 24-27. Paradise Killer is expected to be out this summer.