Bannerlord finally lets you celebrate your victories with your army 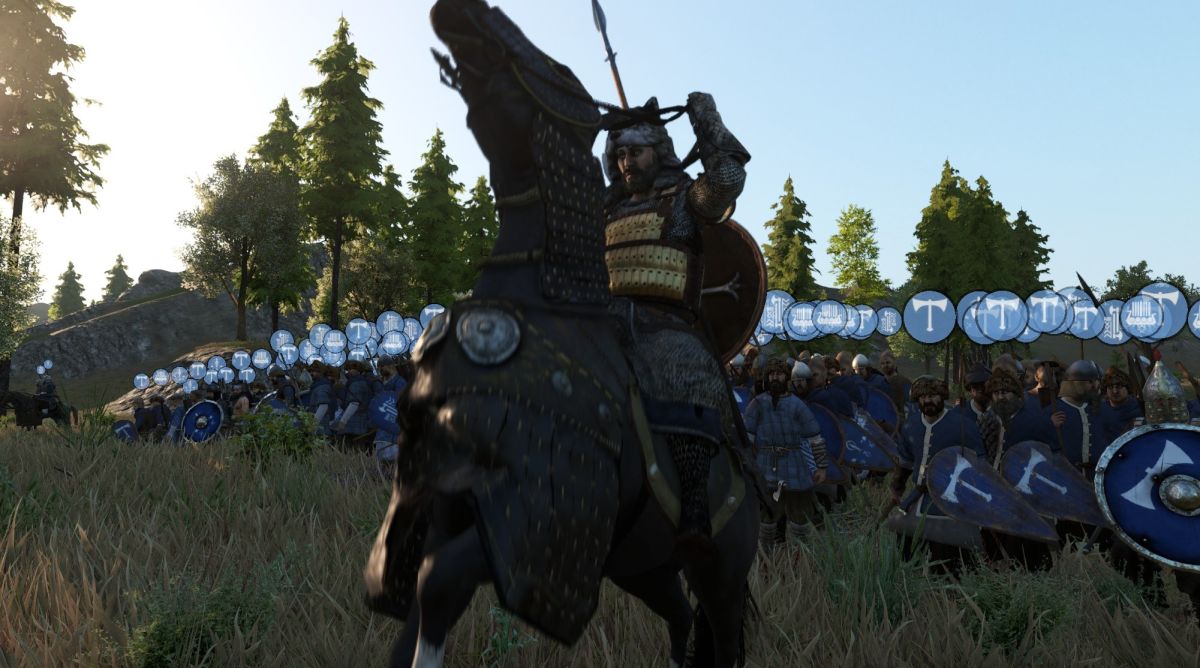 After an invigorating game of Stab the Enemy, Mount & Blade 2: Bannerlord’s soldiers love to do a bit of celebrating. They might be exhausted, some of them might be riddled with arrows, but they still let out an enthusiastic cheer. And now, finally, you can join them without downloading a mod.

It felt a lot like being the designated driver, sitting on my horse without a flicker of emotion while everyone around me celebrated. But no more! Bannerlord now lets you pick from a few different emotes to show everyone exactly how you’re feeling, as long as how you’re feeling can be conveyed with arm flailing. I’m beyond excited to get stuck in so my warriors will finally realise I’m just one of the guys and maybe invite me out carousing. They never invite me anywhere.

TaleWorlds showed off the new emotes in a development update video, above. It’s also been hosting tests separate from the Early Access version to refine multiplayer combat. These organised tests have pitted devs, players and clans against each other to analyse strategies and exploits. The team also created a tool that let them push out changes directly to clients via the server they’re connected to without needing to relaunch or reconnect, and so far the tests have led to lots of changes to perks, troops and combat parameters.

It should also be easier to put together multiplayer games thanks to the addition of an ID system that lets players on Steam and the Epic Games Store group up. If you’ve got a regular group going, you might want to create a clan, which you can now do from the in-game tab. You pick the name, sigil and get a clan homepage where you can add a description and make announcements. There’s a clan leaderboard, too, and plans for a ranking system.

As for the battlefields, two new skirmish maps have been added to the roster, while the siege mode has been updated with a gold-based objective system. The attacking team can earn gold for pushing siege engines, breaking down doors and smashing walls, while the defenders can earn it for destroying siege engines.

Bannerlord has been updated several times since it launched in Early Access, but a lot of the most exciting additions have been coming from modders. It’s going to take time before we start seeing ambitious overhauls, but there’s already plenty of ways to enhance the game in our list of the best Mount & Blade 2: Bannerlord mods.