Asus is in a race to ship the first gaming monitor with HDMI 2.1 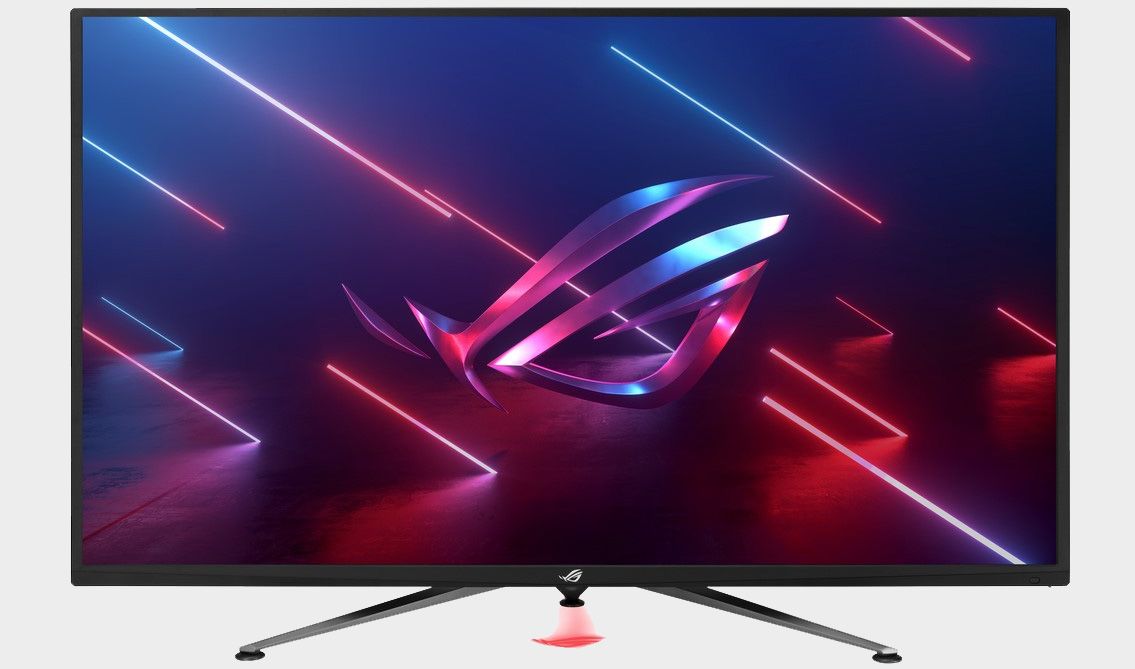 One of the features next-gen game consoles will usher to the forefront is HDMI 2.1, the slickest new version of the HDMI standard with more bandwidth and some nifty features aimed specifically at gaming. It’s not just consoles that stand to benefit, though—so will PC gaming. So, it’s no surprise that Asus has several new HDMI 2.1 monitors on tap, through its Republic of Gamers division.

The largest of the bunch is a 43-inch model. Some would call that a modest TV, though without a built-in tuner it’s still technically a monitor. Either way, the big selling point is HDMI 2.1 connectivity. This will be accompanied by smaller options—specifically, Asus is also readying 32-inch and 27-inch models with HDMI 2.1 ports.

What’s the big deal with HDMI 2.1? The updated standard bumps the bandwidth up from 18Gbps on HDMI 2.0/2.0b to a whopping 48Gbps. Our friends at Tom’s Hardware put together an excellent guide on how that compares to DisplayPort, but in short, it paves the way for driving uncompressed 4K gaming at up to 144Hz via HDMI, instead of topping out at 60Hz via HDMI 2.0/2.0b.

Another benefit of HDMI 2.1 is the introduction of an automatic low latency mode. This essentially prioritizes a lower latency over image optimizations, and is often referred to as ‘game mode’ on TVs. The difference here is that HDMI 2.1 allows the display to automatically adjust the setting, depending on the content.

“A low latency setting may not be ideal for other types of viewing since some processing features on a TV may be stopped in order to reduce latency. So with Auto Low Latency Mode when the source no longer requires this mode—for example, when switching to a movie stream—the source disables the signal and the display reverts back to its previous mode for optimal picture,” HDMI Forum explains.

It sounds like Asus will be capping the refresh rate on its new monitors at 120Hz, though that isn’t entirely clear. And outside of HDMI 2.1 support, Asus has not yet provided any other specification details on its upcoming displays.

The new monitors are due out this holiday season, just in time for the arrival of the Xbox Series X and PlayStation 5. We will presumably have new graphics from AMD (Big Navi) and Nvidia (Ampere) by then as well.

Meanwhile, Eve is also readying some HDMI 2.1 ‘Spectrum’ monitors, which we wrote about a few months ago. Two of the three models are due out by the end of the year as well.