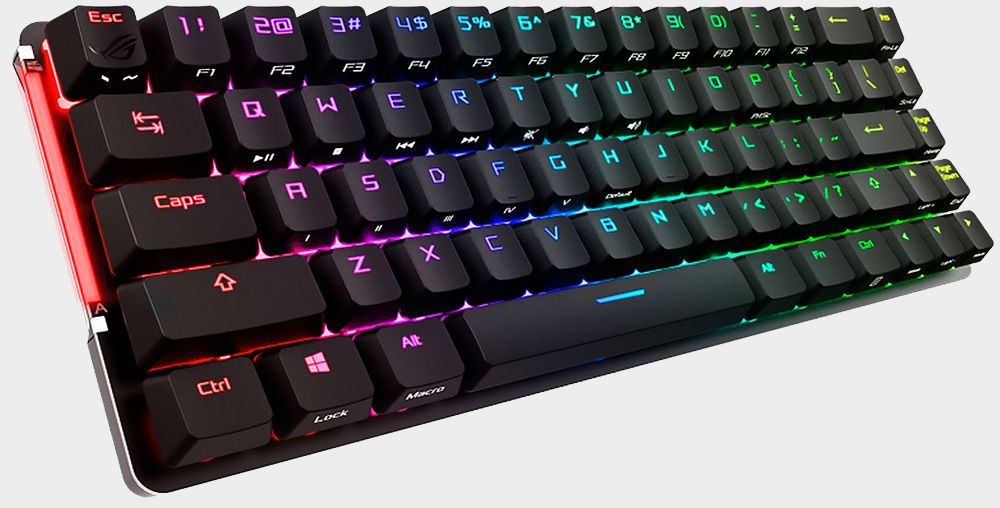 Asus on Tuesday unveiled the ROG Falchion, a compact wireless keyboard for gamers, with RGB lighting and Cherry MX mechanical key switches. It also has a unique interactive touch panel on the left-hand side, and comes with a cover for “on-the-go protection,” in case you want to lug it around (to a LAN party or wherever).

It’s an interesting collection of features, not the least of which is the touch panel. Not to be confused with an LCD screen, it’s essentially a touch-enabled strip, which you can use to “adjust personal settings and customize controls.” Most people will probably use it to fuss with the RGB lighting or volume, I imagine.

The keyboard connects to PCs by way of a 2.4GHz wireless dongle. According to Asus, it offers a “gaming-grade” 1ms response time, meaning you won’t suffer noticeably lag from trading a wired connection for a wireless one.

Asus didn’t say which versions of Cherry’s MX RGB key switches will be offered on this keyboard, though one thing that’s nice to see is the inclusion of arrow keys—these are not always a given on ultra-compact keyboards.

As for battery life, Asus claims the ROG Falchion stays attentive for up to 400 hours, provided you turn the RGB lighting off. There’s no mention of how long it potentially lasts with the per-key lighting turned on, though.

Pricing and availability have not yet been announced.