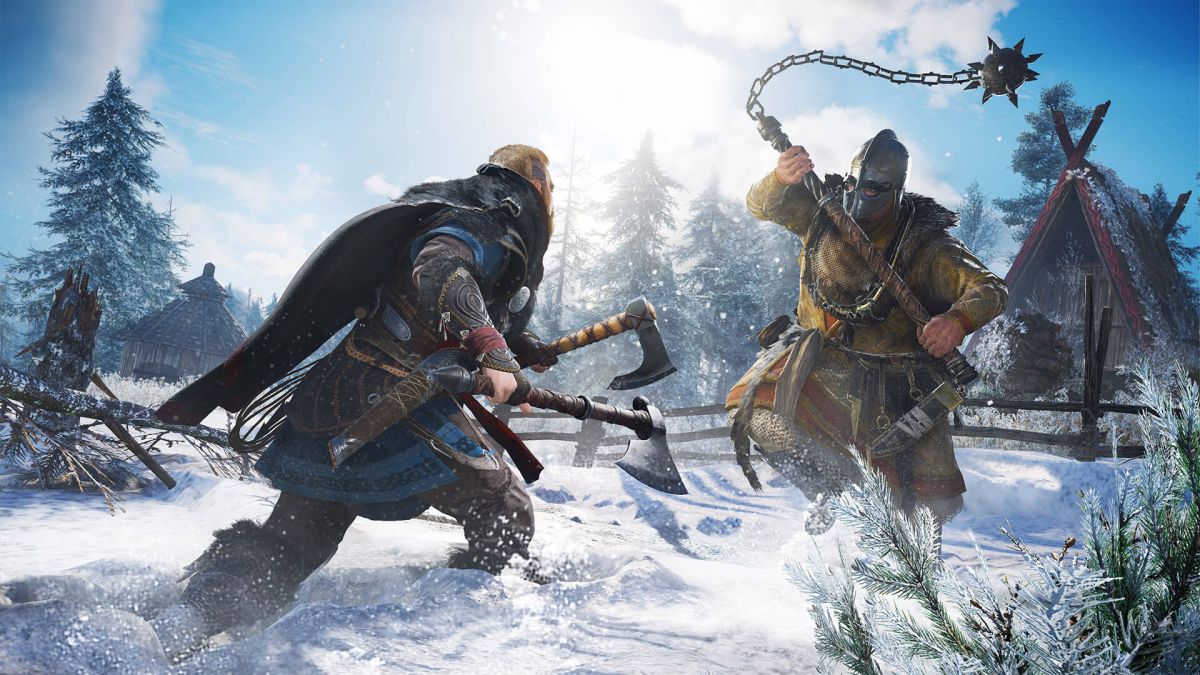 A year after the Vikings rumor first came to the surface, Ubisoft confirmed yesterday that the next Assassin’s Creed game is entitled Valhalla, and dropped a cinematic today showcasing our Norwegian friends doing the two-handed chop on the gang in Saxon England. Aside from the basics of the setting, though, we still don’t know what we can expect from Valhalla, but Ubisoft told Eurogamer that one big new feature is a village settlement that will serve as a home and hub for players.

“It’s your own Viking village you’ll see prosper and grow, and which your clan mates will live in,” lead producer Julien Laferrière said. “It’s at the center of our quests and the center of the decisions you make. We want players to see the consequences of their actions.”

“It really changed the shape of the game we were making. Instead of exploring one territory, then moving on to another and having no real opportunity or reason to return, the settlement changes the structure. So you’ll go on an adventure and then be encouraged to come back to your settlement. It changes the way we’re playing the game we’re making—at least, that’s the bet we’re making.”

Interestingly, your village hub will be located in Britain. Assassin’s Creed Valhalla will begin in Norway, but most of the game will take place after Eivor, the protagonist, and company hit the road in search of better things. The trailer suggests that they don’t necessarily find them, at least not right away, but Laferrière said that King Alfred, portrayed in an obviously sinister light in the video, will be a complex and nuanced guy: “Alfred the Great is a very important historical figure we want to treat right.”

There’s no mention of it in the trailer, but Laferrière also confirmed that the background story of the First Civilization that’s threaded through the entire Assassin’s Creed series will be present in Valhalla too. “We’ve found a way to blend the present day into a new type of experience for players,” he said. “And present day is playable—I can confirm that.”

Assassin’s Creed Valhalla is expected to be out for the 2020 holiday season. The first gameplay trailer will be revealed next week.