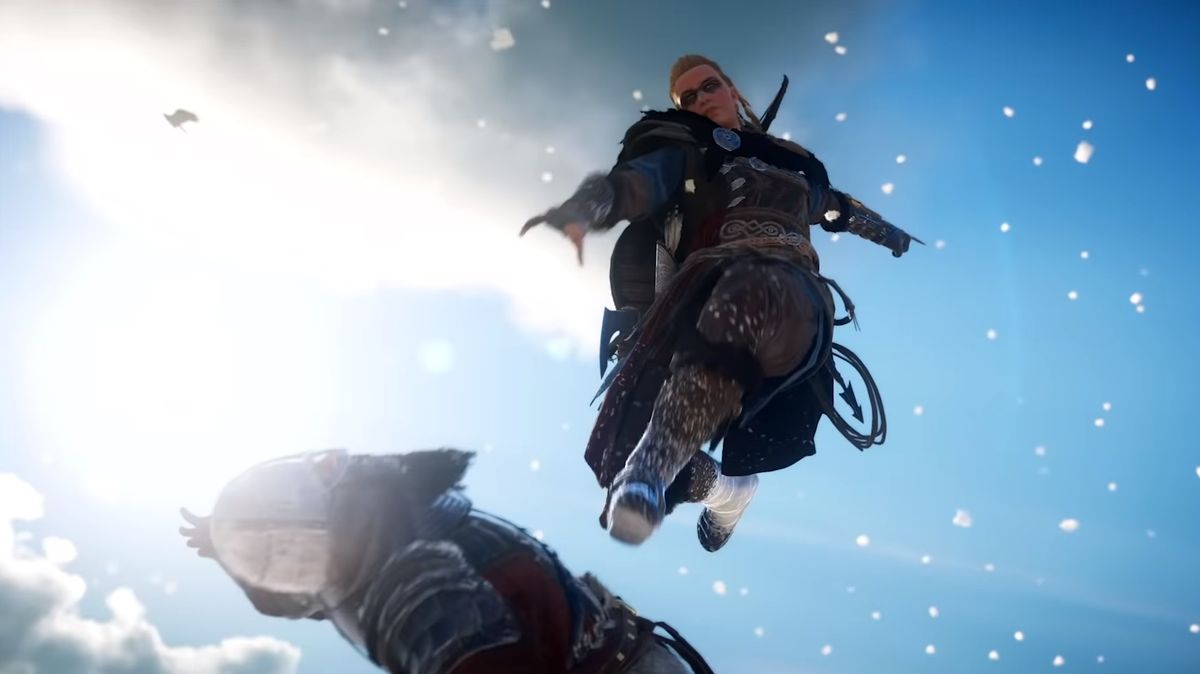 Despite the series’s increasingly high body count, Assassin’s Creed isn’t typically very gory, but that’s set to change with Assassin’s Creed Valhalla. We’ve already seen quite a bit of Eivor murdering their way through England with plenty of flair and brutality, and it looks like we’ll also be able to see all that damage up close.

Near the end of the July 12 gameplay overview trailer, below, we see Eivor assassinating someone by kicking them to the ground and plunging her hidden blade into their chest. At that point, we’re treated to a grisly look at their insides, with the blade shattering bone and piercing their organs. Though it looked like a cinematic touch made for the trailer, it’s actually a feature that you’ll be able to trigger yourself.

Initially reported by Access The Animus, game director Benoit Richer confirmed that it “happens during gameplay,” so you’ll be able to get a real eyeful.

It’s a feature that you might recognise from Mortal Kombat, where it’s truly gruesome, but it’s also a big part of the Sniper Elite and Zombie Army series, too, and in those games it’s even more ridiculous. I have a feeling Valhalla won’t be showing any testicles getting stabbed, but you never know.

And if you’ve not had your fill of Assassin’s Creed Valhalla trailers, here’s a new character trailer that sets the scene for Eivor’s misadventures.