Assassin’s Creed Valhalla gameplay will be revealed next week 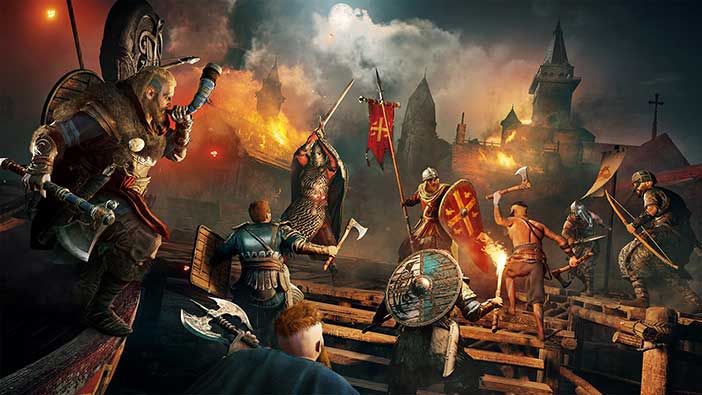 Ubisoft rolled out a cinematic trailer for Assassin’s Creed Valhalla earlier today and it was suitably epic, but aside from the very broad strokes of “burly men and women will gut and be gutted,” it really didn’t show us much about the game itself. For that, we’ll have to wait until next week—specifically May 7, during the Inside Xbox livestream.

The show would no doubt be worth paying attention to in its own right, as the promised first look at “next-gen gameplay” on the Xbox Series X will very likely include new information, or at least new trailers, for games that are also coming to PC. But Ubisoft nailed it down for us shortly after Microsoft’s announcement went live.

We’ll be there! Tune in for our first #AssassinsCreed Valhalla Gameplay Trailer. https://t.co/QYtlanouIXApril 30, 2020

Assassin’s Creed Valhalla takes place in ninth-century England, where a warband of Vikings led by Eivor have established an outpost as they seek to build a new life. This doesn’t sit too well with the Saxons in the area, and so naturally conflict erupts. Brutal combat is at the center of the experience, but like its predecessor Assassin’s Creed Odyssey, Valhalla will also feature “advanced RPG mechanics,” and base management will also play a major role. A release date hasn’t been set yet but it’s slated to launch on the Epic Games Store and Uplay for the 2020 holiday season.