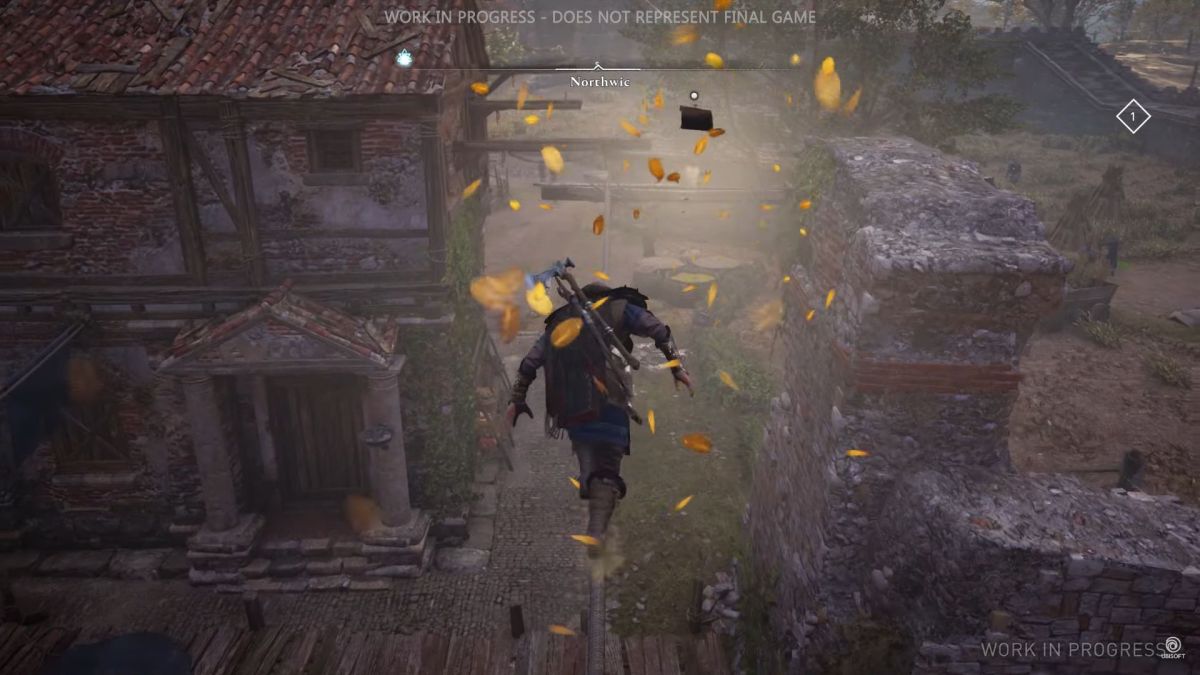 Watching the footage of Assassin’s Creed Valhalla shown after the Ubisoft Forward main event, a lot of things felt familiar—and not just because so much Valhalla footage had already leaked.

It’s clearly building on previous games in the series by recycling everything from activities to animations, which is to say it’s a game by Ubisoft. There are minor new additions like flyting, fishing, and, er, stacking rocks, and I’m pretty sold on the idea of having a cat on my longship, but if you were to say this looks like a decent expansion for Odyssey I wouldn’t blame you.

But then I saw an element that didn’t come from Odyssey, that harks back a little further in the series—all the way back to Black Flag. About 20 minutes into the video, Eivor hears a chiming sound then sees a piece of paper hovering over a wooden platform. She climbs up and it floats away, leaving a trail of leaves and further chiming as it goes. She has to freerun along a rope, over a tree’s branches, and toward some beams sticking out of a building before she catches it.

Wes Fenlon caught this piece of paper during his three-hour demo.

Way back in Assassin’s Creed 3 there were collectible almanac pages that worked in a similar way, but I remember them from Black Flag, where they represented sea shanties your crew would learn after you caught them. In Valhalla apparently they’re tattoo designs, and players will be able to get each one they find inked onto their version of Eivor.

Though these pages are no longer your key to unlocking Hi-Ho Come Roll Me Over or Leave Her, Johnny, there are singing sailors in Valhalla. The crew of your longship apparently know a few songs, and will also tell stories about their lives so you can get to know them while you’re petting the ship’s cat.

Every Assassin’s Creed sequel has been built on the skeleton of the one before it—even the leap to RPG structure in Origins built on the leveling system of Syndicate, which was itself largely a fix-up of Unity—and it would be foolish to expect that pattern to change now. I’m just happy to see that in this endless body-harvesting process a memorable (sometimes annoying) part of Black Flag is in there, a vestigial organ still serving some obscure function in the Frankenstein’s monster of Assassin’s Creed.