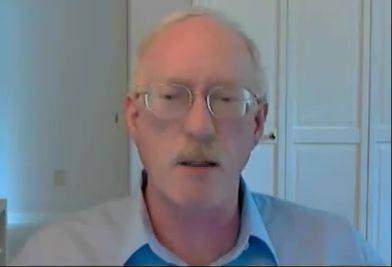 Arnold Hendrick, the creator of the 1992 Microprose RPG Darklands, has died. A message posted in a Facebook group for former Microprose employees said that Hendrick’s passing came after a battle with cancer.

Hendrick has credits on multiple games from Microprose’s heyday, including Gunship, Sid Meier’s Pirates!, F19 Stealth Fighter, Silent Service 2, and American Civil War: From Sumter to Appomattox. But Darklands may be his best-known work. It wasn’t a hit, largely because it was wracked with bugs at release, but featured remarkably deep systems and attention to detail, and genuinely unique, “realistic” game world: a mythologized version of the 15th-century Holy Roman Empire, in which the creatures and dangers that people of the era believed were real actually are.

In 2009, Todd Howard credited Darklands as an inspiration for The Elder Scrolls games, and more recently Obsidian’s Josh Sawyer wrapped up a long-running Darklands livestream on Twitch. You can read a retrospective interview he did with Hendrick on RPG Codex in 2012. Sawyer also paid tribute to Hendrick on Twitter:

I just found out that Arnold Hendrick, project lead on DARKLANDS, passed away on May 25th after fighting cancer for some time.I didn’t know him personally, but through Darklands he had a huge impact on how I think about CRPGs. Rest in peace. pic.twitter.com/5ELzk69o86May 29, 2020

After leaving Microprose, Hendrick worked at developers including Interactive Magic, Kesmai, Electronic Arts, and Area 52 Games, before becoming a freelance consultant in 2016. He was 69 years old.