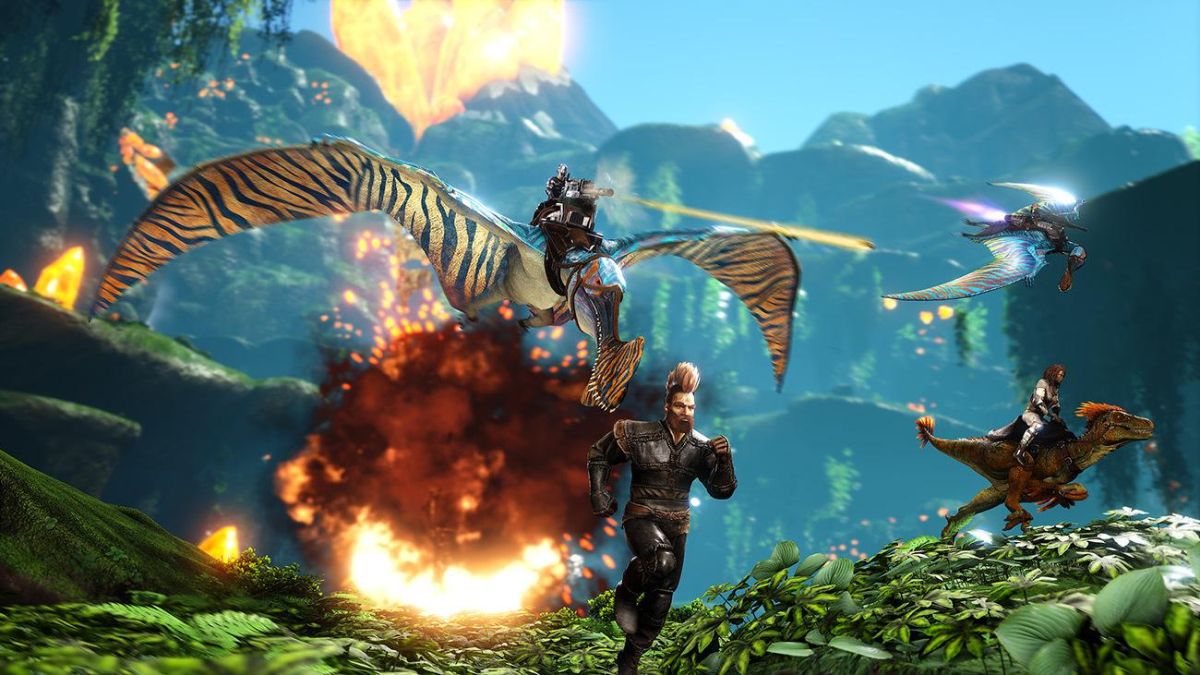 The new update will launch at 4 pm BST/11 am EDT on PC, and includes the popular community-made mod ISO: Crystal Isles as an official map. Developed by Isolde Gaming, Lillian and iSPEZZ, the map boasts fantastical and varied scenery, including floating islands and lava reefs. You’ll also be able to tame a unique crystal-themed variant of the Wyvern.

Outside of the Crystal Isles, the update will introduce the Tropeognathus, a colourful flying dinosaur. Studio Wildcard has said that, while it won’t be the fastest flyer in the game, it will be able to increase its distance by riding the currents left by other creatures. When domesticated, it’ll be a fierce aerial combatant, and its teeth can even be used to deconstruct items to their components. It’s like the Flintstones, only more hardcore.

As for the anniversary event, Studio Wildcard has only hinted at “Party dodos, interactive cakes, new chibis & surprises, and dazzling unicorns frolicking on rainbows”. To be entirely honest, you had me at ‘party dodo’.

Although Ark launched on June 4, 2015, the ongoing anti-racism protests across the world sparked Studio Wildcard to delay the launch of both the update and the anniversary event to today out of respect.