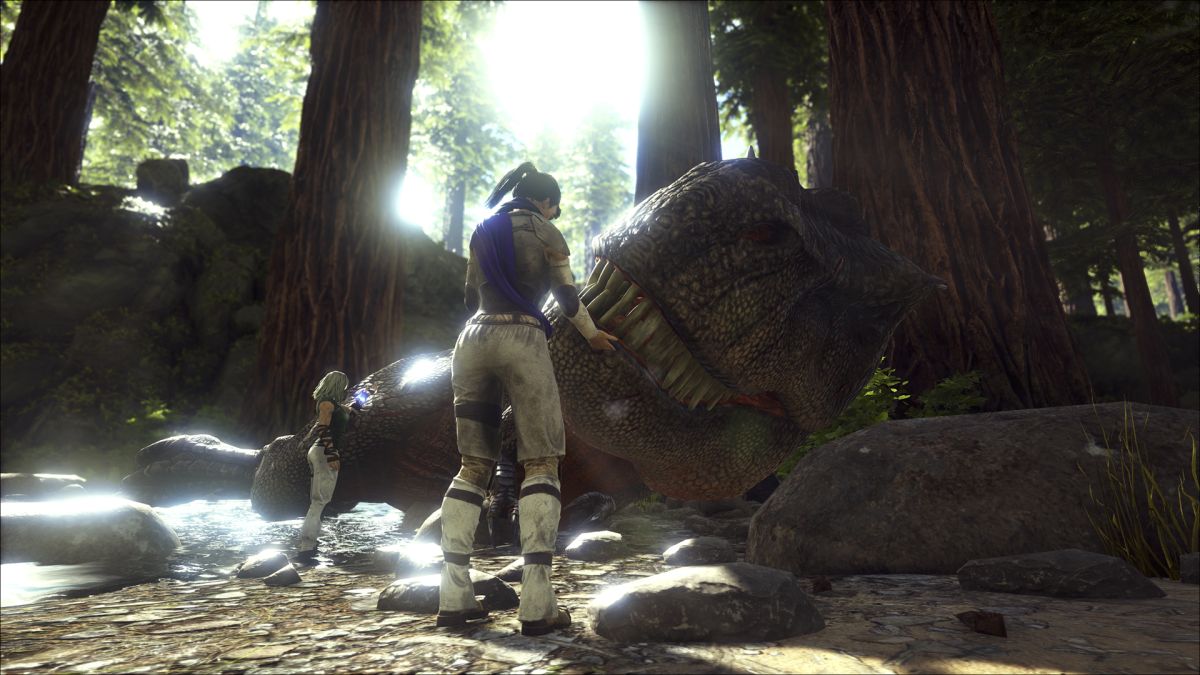 We already knew dinosaur-filled survival sim Ark: Survival Evolved was going to be included in Epic’s never-ending train of giveaways at some point, as it was included in a leaked list of titles alongside Borderlands: The Handsome Jack Collection, Civilization VI and Grand Theft Auto, but it is finally here with us. It’s just in time too, as today sees the game receive a new dinosaur to tame, a new map to explore, and the start of the game’s fifth anniversary celebrations.

With the end of Epic’s Mega Sale, the mystery freebies have also come to end, meaning we also know what next week’s free titles are going to be. The first is Pathway, a turn-based roguelike set in the 1930s wilderness. The game isn’t due to launch until next week, so it is following Samurai Shodown’s lead of being free on day one.

The second is Team17’s The Escapists 2, an open-ended prison breaking sim that requires you to learn schedules and go undetected as you plan your breakout of incarceration.

Ark: Survival Evolved and Samurai Shodown NeoGeo Collection will be free until June 18.