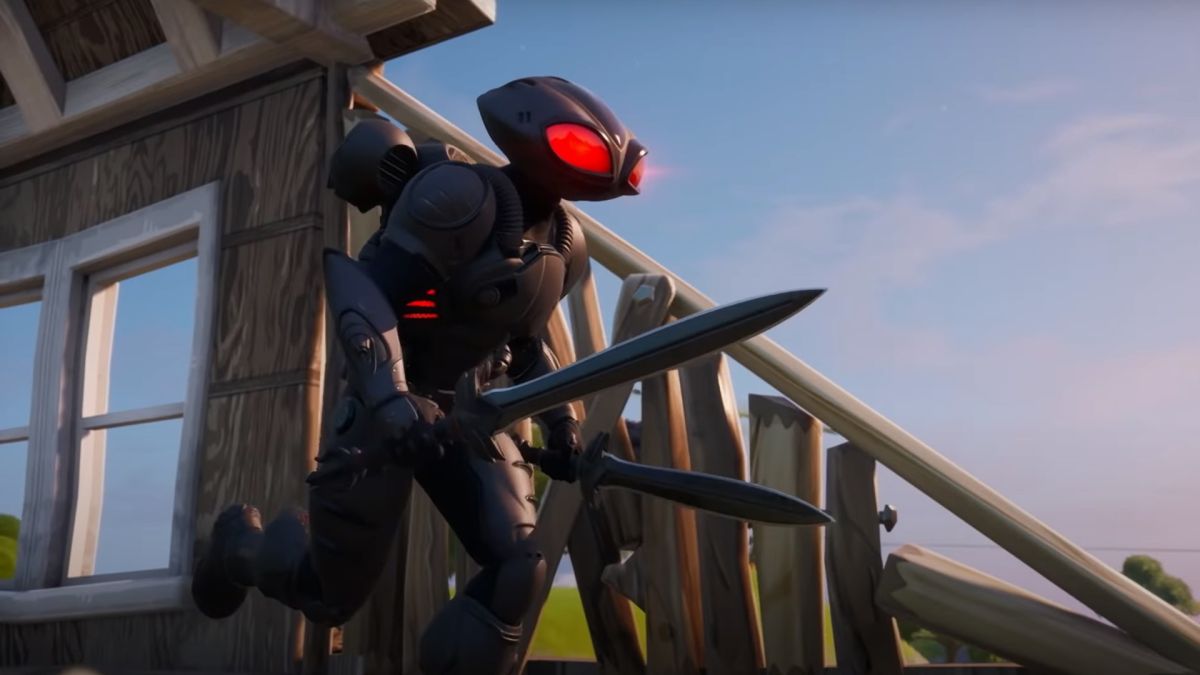 This Black Manta definitely takes its visual inspiration from the more modern era of Aquaman, mostly the Jason Momoa film, where Black Manta serves as the deuteragonist in an obvious setup for future rivalries.

Both in Fortnite and the film, Black Manta unsurprisingly still looks like a classic era Power Rangers villain, with a brightly lit armored suit and massive helmet with orb eyes that emit laser beams. I’m pretty sure they won’t work like that in Fortnite, but at least you’ll look like Rita Repulsa’s favorite putty monster while clenching a win.

The Black Manta set also includes a back bling in the form of the “Manta Pack,” which looks exactly like the back armor he wears in the film. It features some sort of spine that lights up like Dead Space’s Issac Clarke’s engineer armor, although I’m not sure if it reacts in any similar way.

Manta also has the “Manta Blades” harvesting tools, which are basically two simple short swords with tridents for pommels.

Fortnite skins come and go pretty quickly, so we’re not sure when this one will exit the item shop, so act fast if you really feel like stretching your sea legs.

Don’t forget to check out the rest of our Fortnite guides and patch notes, plus our Aquaman skin challenge guide. If you’re looking for specific challenges, we have guides for where to complete the swimming time trial at Dirty Docks and where to use a whirlpool at Fortilla.

We’ve also got our season 3 map guide, including every new location revealed when the waterline recedes.