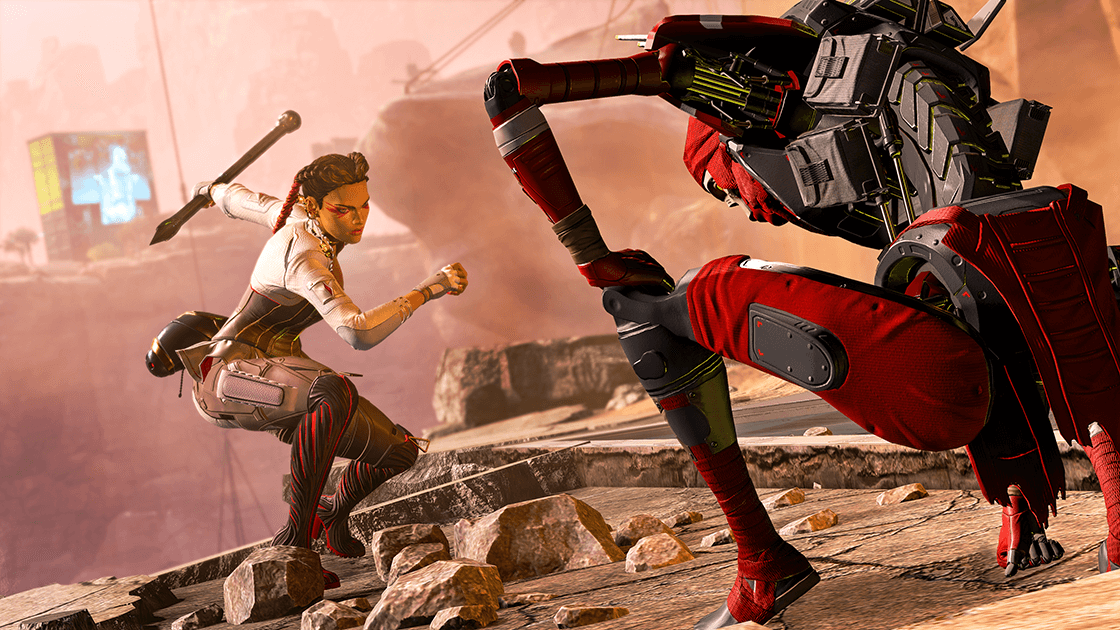 Loba’s got a grudge with Revenant, who took her parents out of rotation, so it’s going to be pretty awkward when they’re forced to team up. Along with her thirst for revenge, she’s also got an eye on the loot, to the point where she can even spot high tier loot through walls.

She’s perhaps not the best team player, as her other ability lets her teleport, potentially towards the loot her teammates are trying to reach. Imagine what a pain in the arse she’s going to be in PUGs with players who are already inclined to keep the best stuff for themselves. She makes up for her thievery with her final ability, however, as it deploys a handy shop that her whole team can also use.

While Loba and Season 5 are both appearing today, you’ll need to wait another week before you can embark on your first Hunt on May 19. This should hopefully give you enough time to earn the five bits of treasure required to unlock it. You’ve got to spend treasure to make treasure, apparently.

There will be nine Hunts in total, each sending you to find part of an artefact known as the Broken Ghost in the night variant of Kings Canyon. Each will unlock rewards and story beats, culminating in a secret that “the Outlands might not be ready for.”

When the new season begins today, you can jump straight into the story by hitting up your quest tab and checking out the prologue. New chapters will appear each following week.