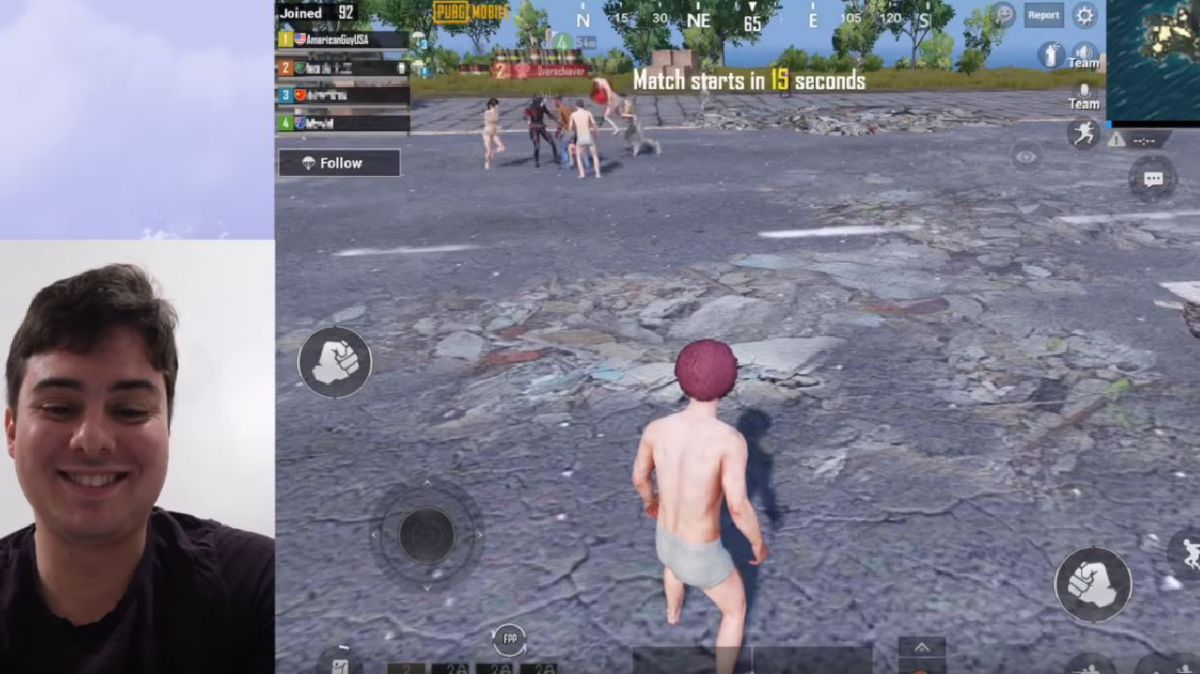 Because so few multiplayer games have China-specific servers, Chinese gamers often have to venture onto English-speaking servers in order to play their favorite games. It’s an unfortunate compromise that in the worst cases, leads to toxicity and racism. But what might that situation look like in reverse, if a North American had to play on Chinese-only servers? That’s what YouTuber Xiomanyc touches on in his most recent video, and the results are pretty darn wholesome.

Ari ‘Xiomanyc’ Smith, the creator of the above video, is an American who learned to speak Mandarin and Cantonese after spending some time in Beijing. His videos mostly center on him venturing into Chinese communities in New York and surprising people by being fluent in both Mandarin and Cantonese. It’s an innocent little prank that often leads to some genuine and funny reactions. But with the global coronavirus outbreak forcing people all over the world to stay inside, Smith decided to venture onto the Chinese version of PlayerUnknown’s Battlegrounds mobile to play that same joke.

It’s fun to watch because most players assume that Ari doesn’t know any Chinese and sometimes even complain about how they won’t be able to coordinate with him, but when he switches over to Mandarin they’re shocked and curious about how and where he learned it. Smith’s joke ends up becoming the perfect social lubricant, as he and his teammates take turns getting to know each other, talking about girlfriends, the coronavirus epidemic, or their love for each other’s native country.

Each of Smith’s encounters are so opposite to the stereotypical way we perceive these exchanges between English-speaking and Chinese gamers, and I love how quickly they’re able to bond. In a time when the US government is encouraging xenophobia by labelling the coronavirus as the “Chinese virus,” it’s heartwarming to be reminded that games can be a shared space for people around the world to bond and cooperate. At one point, Smith playfully says “I love you” to his team, and they reciprocate by saying “We also really like you.” Another time, a player wants to add Smith on WeChat so they can be friends.

Of course, this is all possible because Smith and his random teammates all share a common language. You probably wouldn’t make friends as easily on Chinese PUBG servers if you only spoke English, but I love how his video provides a window into what it’s like being an outsider in a multiplayer server of a different language—an uncommon perspective for English-speaking gamers since most games cater to North American and European players.

Chinese players, in comparison, aren’t nearly as fortunate. Though most game companies want to tap into China’s enormous games industry, strict censorship and government regulations make doing so extremely difficult. PlayerUnknown’s Battlegrounds’ PC version, for example, still doesn’t have the required license to be sold or have online servers in China. Its mobile version was only given the green light by the government after it was rebranded as Game For Peace and softened the violence by removing blood and player death. That forces a lot of gamers to turn to options like Steam to play games using other regional servers.

Until that situation changes or improves, it’ll only lead to more drama in multiplayer games as players clash over cultural and language differences. But it’s nice to see Smith turn those circumstances into something positive and fun.