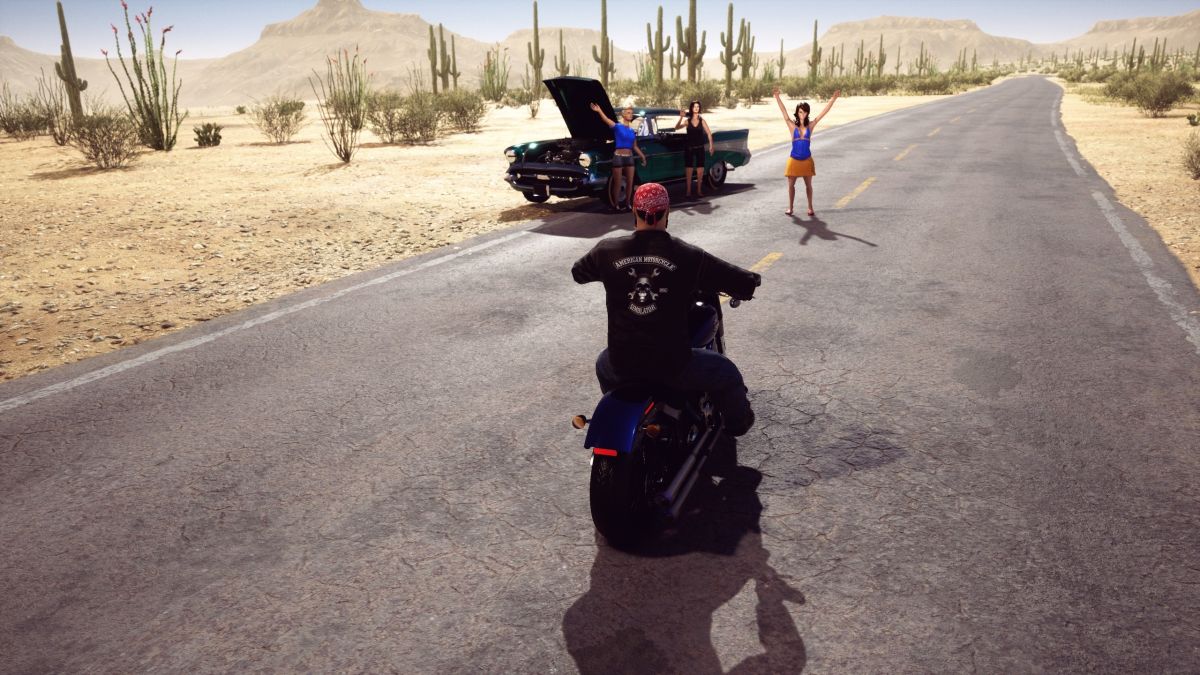 With a name that evokes the leisurely and delightfully mundane American Truck Simulator, I thought I knew what to expect when I fired up the trailer for American Motorcycle Simulator. I was not anticipating the bar room brawls, and I definitely thought there would be fewer strippers. Take a gander above.

Name aside, there’s no connection to the Truck Simulator series at all, though it does hit some of the same notes, letting you soak in the sights of the American road in first or third-person while taking care of your trusty vehicle. But unlike ATS, you can get hammered on whisky, play darts, ogle women and get the crap kicked out of you in very awkward brawls with mannequins wearing stetsons.

The over-the-top bluesy narration adds a bit of (painful) poetry to all the drinking and punching and perving. According to the Steam page, the road trip will let us “visit many unusual places, meet unusual characters and experience extraordinary adventures.” And where will these extraordinary adventures take place? “A dozen roadside motels, gogo clubs and dives,” apparently.

American Motorcycle Simulator also touts itself as a survival game, though I don’t think you’ll be hopping off your bike to collect wood or chip away at some rocks. Your bike might need repairs, though, for which you’ll need cash, which seems to be earned through activities like , darts and pool. You can perform some roadside rescues, too, but it looks like the only reward for that is a kiss, which isn’t considered legal tender. Or maybe it is. Route 66 looks like a weird place.

American Motorcycle Simulator is due out in the first half of next year.