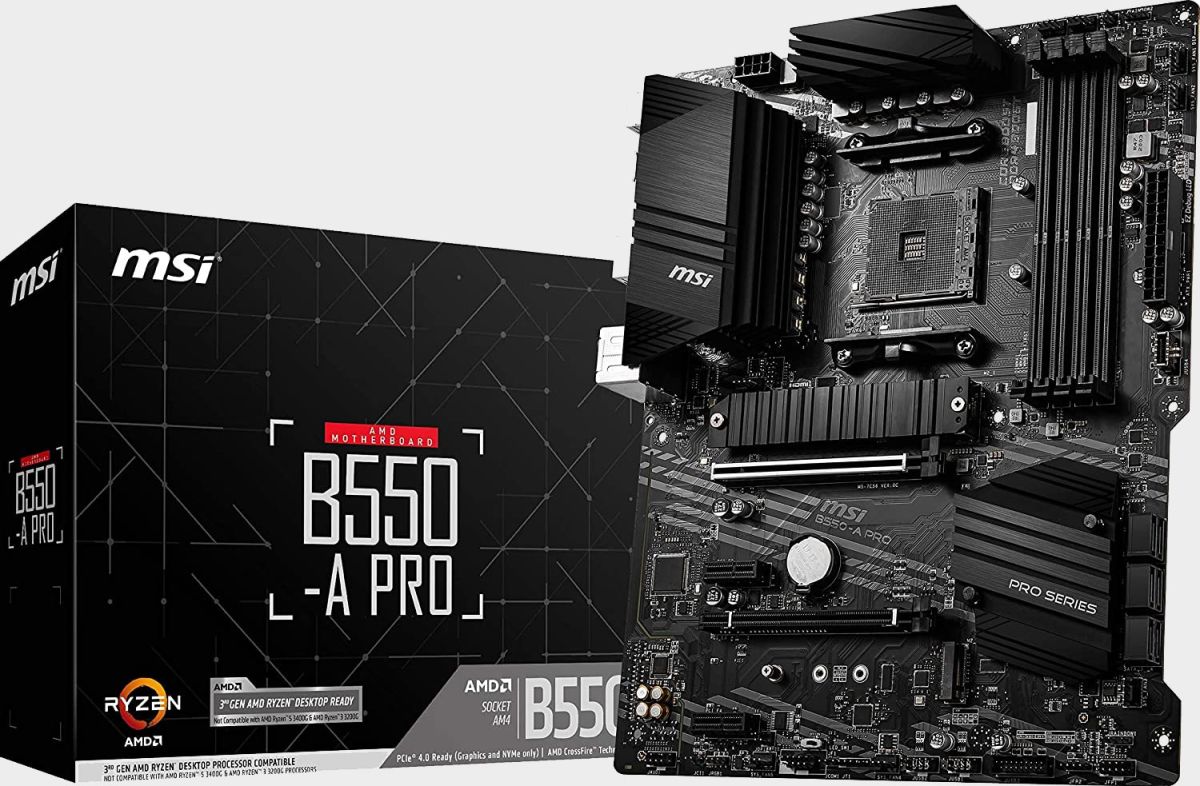 At least five different B550 motherboards were available to preorder on Amazon over the weekend, though initial inventories did not last long—they soon showed “currently unavailable,” and now appear to be delisted from Amazon. Even if those listings for some reason went up earlier than intended, it seems like general availability of the B550 series is finally right around the corner.

Motherboards based on AMD’s B550 chipset will, in theory, bring PCI Express 4.0 support to a wider audience. B550 motherboards are meant to be mainstream products, and should be more affordable than their X570 counterparts, which are enthusiast products.

I say “in theory” because in the early going, it has not quite worked out that way. As Alan spotted last week, the MSRPs on some B550 motherboards are higher than a few of the X570 boards available. One example is Gigabyte’s B550 Aorus Master—it’s Gigabyte’s top B550 offering, and it costs $279.

Fortunately not all B550 motherboards follow that trend. Here are the ones that briefly went up for preorder yesterday, as spotted by various listings in the r/buildapcsales sub-Reddit (all from MSI):

These prices are more encouraging than some of the MSRPs we have seen on other models. Features vary by model, naturally, but all five come in lower than what every X570 motherboard costs, and some of the B550 models are substantially lower. This is what we were hoping to see.

As a reminder, AMD confirmed that its X570 and B550 motherboards will support its upcoming Zen 3 processors later this year. Same goes for previous-generation X470 and B450 motherboards, which AMD initially said would not support Zen 3, before changing its mind.