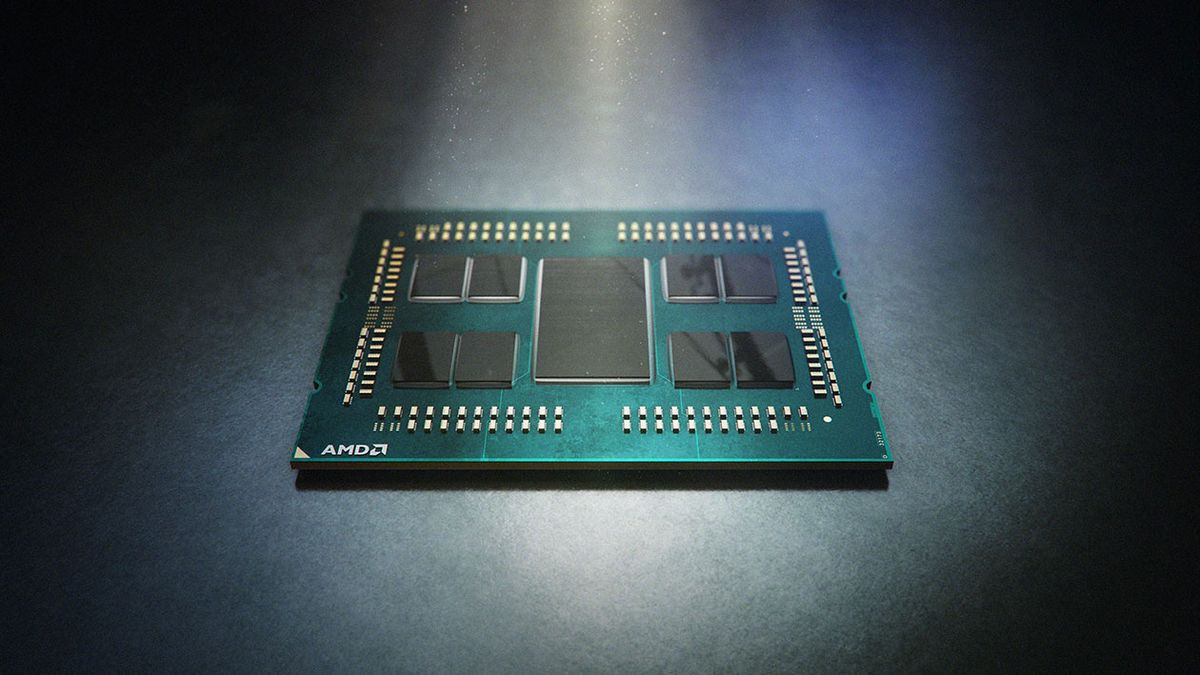 Five years ago, it seemed unlikely AMD would leapfrog rival Intel to take a process lead, but that is precisely what happened—not with its original Zen architecture, but with the shift to 7 nanometers with the introduction of Zen 2 last year. How long AMD can hold onto the lead remains to be seen, but looking ahead, there is reason to be optimistic—excited, even—about AMD’s eventual shift to 5nm.

There’s a bit of a rabbit hole to traverse, but for anyone interested in the manufacturing side of the equation, WikiChips (via Hardware.Info) posted an interesting article on where TSMC is headed. TSMC, by the way, is AMD’s primary manufacturing partner. And soon (if not already), AMD is reportedly set to become TSMC’s largest customer of 7nm silicon.

As it’s relevant here, the extremely short version of how this all works is AMD designs its processors and TSMC (mainly) builds them. There was a time when AMD made its own silicon, as Intel does (mostly), but those days are firmly in the rear view mirror.

With regards to 5nm manufacturing, TSMC is already at the beginning stages and will ramp up early production later this year. These are basically prototype designs. Which brings us to the bit that’s interesting.

“At IEDM, TSMC reported 1.84x density improvement over the company’s own N7 node. Our estimates land at 1.87x which is reasonably close. A ramp in April will mark exactly two years since TSMC ramped its 7-nanometer node,” WikiChips says.

An 84-87 percent increase in transistor density compared to current 7nm designs is significant. Transistor density has traditionally been an indicator of overall performance, and while it’s more complicated than that—this is where the rabbit hole runs deep, if you care to dig around the web—AMD could potentially see major gains in both compute performance and power efficiency with Zen 4.

I say Zen 4 because AMD already confirmed it will be the company’s first CPU architecture to make the leap to 5nm, whereas Zen 3 (due out later this year) will be built on a refined 7nm node.

What does this mean for Intel? Sustained competition, in short. During a recent webcast, Intel CFO George Davis acknowledged AMD’s lead in nodes, saying Intel had to “accelerate the overlap” between its 10nm and 7nm nodes, and then 7nm and 5nm, in order to “regain processor leadership.” Or put more plainly, Intel does not anticipate taking the lead again until its 7nm and/or 5nm parts arrive.

As for Intel’s 10nm manufacturing, we’ve seen some parts on the mobile side (Ice Lake), but are still waiting for 10nm desktop CPUs. However, Davis also said 10nm “isn’t going to be as strong a node as people would expect from 14nm or what they’ll see in 7nm,” in terms of yields.

Bottom line is this—AMD is great shape, both now and for at least the next couple of years, it seems.