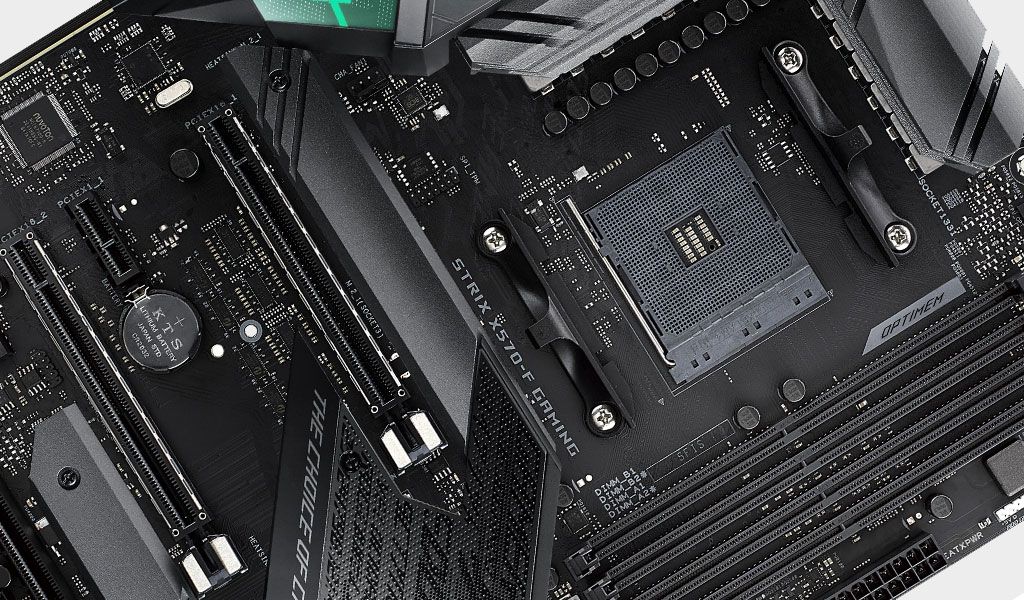 AMD Ryzen 4000 CPUs based on the Zen 3 processor architecture will only be compatible with 500-series AM4 motherboards, and any further backwards compatibility can therefore do one. Right now that means just the boards running the X570 chipset, but come June 16 (or thereabouts) AMD’s new budget chipset, the B550, will be available in all its PCIe Gen4-toting glory.

This Zen 3 announcement has come along with the full details of that new budget AMD motherboard chipset, as well as the performance figures for the new $120 AMD Ryzen 3 3300X and its $99 Ryzen 3 3100 sibling. Our Alan has been getting down and dirty with the new budget gaming hero and has been mighty impressed. Forget the lack of overclocking potential, this cheap chip will be the basis for some seriously powerful, and seriously affordable, gaming PCs from here on in.

At least until Intel’s Comet Lake launches with its own take on the budget quad-core, eight-thread gaming CPU anyways. This is looking like it’s going to be one tasty AMD vs Intel processor showdown… and us PC gamers will be the winners.

But what of AMD CPU future? The announcement that a 500-series board is the only place you’ll be able to house a Zen 3-based CPU come their launch towards the end of the year is interesting, but maybe not that surprising.

One of the things AMD has been keen to do throughout the entirety of Ryzen’s existence is champion the AM4 socket’s continued CPU compatibility. That broke around the graphics-free Ryzen 3000 CPUs where, due to the limitations of the size of the 300-series BIOS chips, it simply couldn’t fit enough microcode in there to support all the different processors AMD offered.

That isn’t the case with the 400-series motherboards, however, which are almost endlessly compatible with Ryzen past and present.

The caveat to all that is that even with a seemingly compatible motherboard you still needed to make sure that, when you were ready to drop in your chip, you had the very latest BIOS updates installed ready for Ryzen 3000 processors. If the BIOS wasn’t right you could forget the theoretical compatibility; your new Ryzen processor simply wasn’t going to boot.

That led to some headaches for AMD where it had to loan out chips to individuals building their own PCs in order to get them to boot so they could change the BIOS settings, so they could install their shiny new Ryzen silicon. Lowly Athlon 200GE processors were loaned out as a short-term ‘boot kit’ to get gamers’ motherboards into the BIOS screen for an update.

That update hassle, as much as any potential technical limitations, could well be why AMD has chosen to put a hard limit on the motherboard compatibility for its upcoming Ryzen 4000 processors.

Considering that the X570 chipset has been around for a while now, and its prices are likely to start dropping in the run up to the Zen 3 launch, and AMD is set to launch the budget-conscious B550 chipset, I honestly don’t see it being too much of an issue for this new generation of processors. And AMD has pretty much kept up its original promise to have AM4 compatibility up to 2020, which is at least partially going to keep on through 2021 too.

If you want to get the most out of a Ryzen 3000 processor right now we would absolutely recommend either of the 500-series chipsets. So it stands to reason that should extend to Ryzen 4000, with its continued PCIe 4.0 support, when the Zen 3 processors do finally launch.

Realistically limiting it to the 500-series boards will be far easier both for AMD and for us PC enthusiasts. Though I expect you’re still going to need a BIOS update just to be sure.