AMD Ryzen 4000 APUs are OEM only right now, but here’s why that’s a good thing 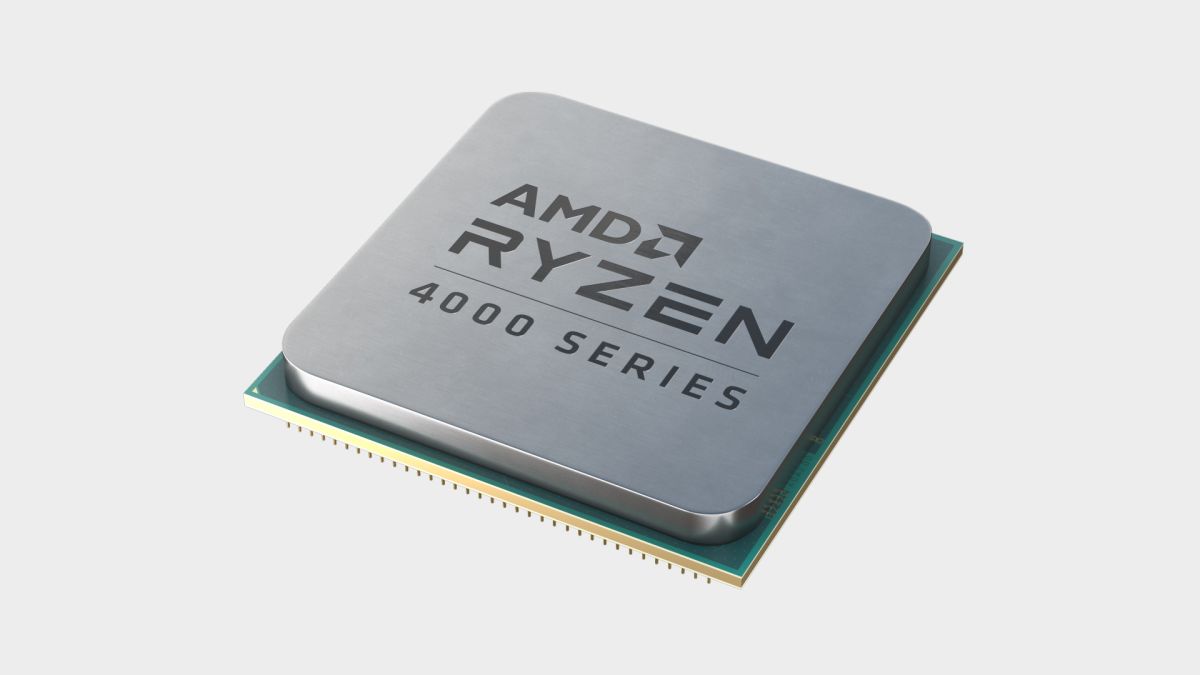 AMD has announcing the release of a swathe of new Ryzen 4000 G-Series APUs. But before you rush out to your local retailer, it’s worth noting that the likes of you and I won’t be able to buy them, at least not initially.

In fact not even normal system builders will be able to get their hands on them for a while, as these are only for OEMs to start with. I’m talking about the likes of Dell, HP, and Lenovo; you know the really big international box shifters.

However, while you won’t be able to get your hands on these chips yourself for a little while, this is actually a really important release for AMD, and shows just how far it has come in the last few years. It’s important, because OEMs really do shift a lot of boxes. According to AMD you’re talking four to five times the amount of systems that the ‘enthusiast’ market accounts for. And getting AMD’s chips in more mainstream systems means that AMD will be taken that little bit more seriously by the wider PC industry.

Which is a good thing for everyone.

AMD’s chips have been finding their ways into OEM systems for a while, but it’s definitely another one of those markets that Intel has dominated for a very long time. It gives buyers more choice, and should mean that AMD is in better health to continue bringing the fight to Intel, and therefore can afford to keep pushing CPUs forward.

There are two chip ranges being released today, split down consumer and commercial lines. Both come with integrated graphics, and are just about capable of low-end gaming, although the commercial chips also have a range of business features that are aimed at taking on Intel’s vPro offerings, such things as Memory Guard and AMD Secure Processor (which may be exciting if that’s your thing).

If you’ve been keeping an eye on AMD’s laptop processors, then these may all seem a bit familiar, and that’s because they are essentially the same chips, just binned to cope with the higher TDPs that desktops support. This translates to higher clock speeds for the CPUs themselves, but also for the graphics subsystems.

These are all single die solutions, manufactured using the same 7nm process as those mobile parts, with some of the same limitations. Here we’re talking about only supporting PCIe 3.0, despite being Zen 2 chips, and only offering 8x PCIe lanes for graphics upgrades. The integrated graphics use the Vega architecture as well, so if you’ve been waiting for RDNA to make an appearance in an APU, you’ve still got a wait on your hands for now.

Having said that, AMD does have a decent understanding of what it can do with Vega now, and while there are less CUs on these chips than the previous 3000 APUs, they are running faster. AMD says you’re looking at roughly 60% more performance per graphics CU than before. Which isn’t bad.

You’ll notice that at the bottom of the stack you’ll find Athlon APUs as well. These use the Zen+ architecture, and aren’t quite as sexy as the rest of the line up, but they could represent great value for those on super tight budgets.

The interesting thing here is that these chips will be able to play games without a dedicated graphics card. Not the latest triple-A titles with everything maxed out at 4K, sure, but you will be able to run games that aren’t quite at the cutting edge with decent settings and framerates. Here AMD is saying they’ll manage playable frame rates at low settings at 1080p, and manage up to three times the performance of Intel’s offerings.

You can expect systems built around these chips to employ the B550 motherboards, along with the potential to include discrete graphics in some cases, although that’s going to be down to the various builds available and what the OEMs see as being most viable. Expect a slew of new systems to be announced very shortly.