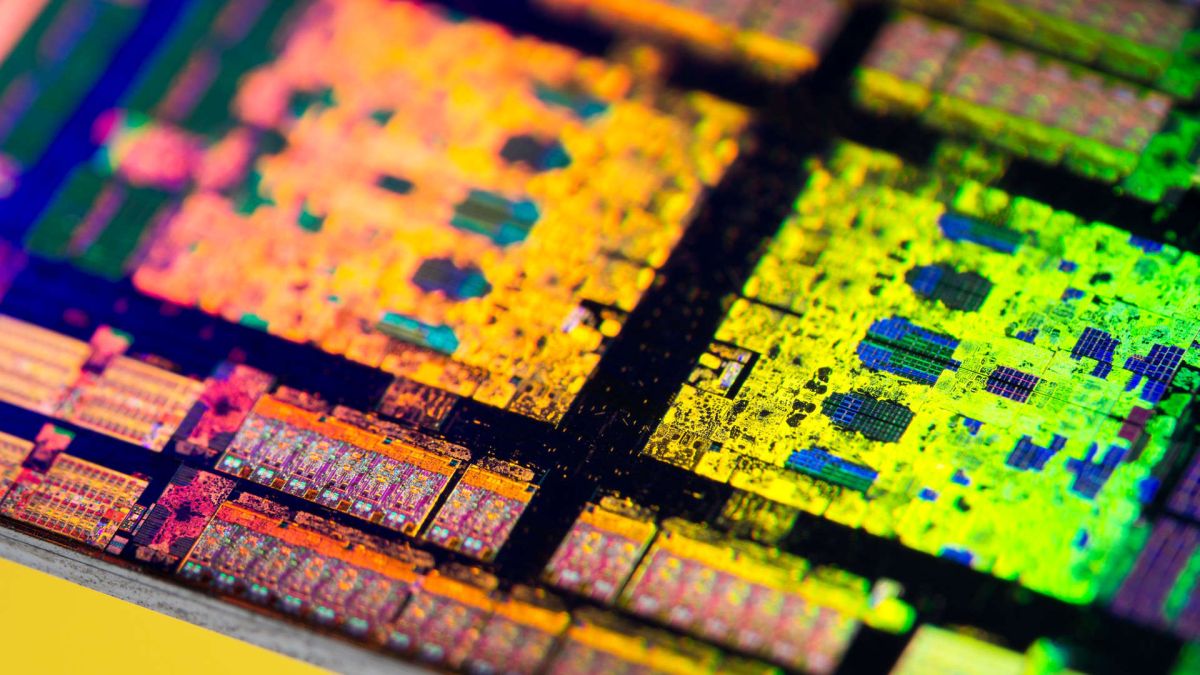 AMD’s chip manufacturing partner, TSMC, has reportedly created an ‘enhanced’ version of its 5nm node specifically for its next-generation products. Well, its next next-generation products anyways. The red team’s 5nm processors and graphics cards are still a little way off, with only the AMD Zen 4 CPUs currently pegged for the teeny-tiny production lithography.

In a news story from Chainnews (via @chiakokhua), ostensibly about the cut in 5nm and 7nm production orders from Huawei, the piece also notes that TSMC isn’t worried about this drop because Apple has taken up the slack. It’s asking for a whole bunch of extra chip wafers, potentially competing with AMD for 5nm demand at the end of this year.

But the piece also goes on to say that: “TSMC is said to have developed a 5nm enhanced version of its process specifically for AMD, which has a capacity requirement of no less than 20,000 12-inch wafers per month.”

It does need to be said we’re relying on machine translation here from the original Chinese, but we’ve gone through a few different sources to try and get it nailed down. One of those translation sources didn’t seem to suggest that it was necessarily an AMD-specific node, so there does need to be a certain amount of sodium ingested at this point.

But considering that TSMC has already claimed that presumably what is its standard 5nm design is sporting a 1.84x increase in transistor density over the current 7nm chips, the advanced new process is already looking pretty damned tasty.

We don’t necessarily know what the enhanced version of the 5nm design might be, or what the provenance of the specific process rumour might actually be either, but there is still a fair amount of detail out there regarding TSMC’s silicon-weaving plans.

AMD doesn’t actually make any of the processors or graphics chips it sells, unlike Intel it sold off its manufacturing arm many years ago—which subsequently became a separate company called GlobalFoundries—and has since gone completely ‘fabless’. It now has no fabs of its own and has to rely on contract manufacturers such as TSMC for its silicon magic. The Taiwan Semiconductor Manufacturing Company is the biggest in the world, making chips for everyone from Apple to Nvidia, and in recent years has become key to AMD’s technological resurgence.

The upcoming AMD Zen 3 processors, promised before the end of the year by popular CEO, Dr. Lisa Su, are being manufactured on an enhanced version of the 7nm (or N7) process which has helped make the Ryzen 3000-series processors and Radeon 5000-series graphics cards such a success. We don’t one hundred percent know whether that’s TSMC’s touted N7P or N7+ node, as AMD has been rather vague about that so far.

The difference could be great. The slightly enhanced N7P design is suggested to offer either an extra seven percent in terms of straight performance, or use 10 percent less power, while the more enhanced N7+ will bring in a new kind of manufacturing (called EUV, or Extreme Ultraviolet) and deliver 15 percent more performance or draw 30 percent less power.

Wikichip has dug into TSMC’s future and is reporting that there is already an N5P, or an enhanced version of its standard 5nm process, in the pipes for 2021. If Zen 3 is shipping around the end of this year, then it stands to reason that the AMD’s Zen 4 processors will be coming at the end of 2021, or even into 2022, and that would seem to fit with the timing of the N5P process.

According to Wikichip the N5P node is to N5 as N7P is to N7, that is to say the enhanced 5nm lithography will deliver around seven percent higher performance than the standard node, or will be able to run at the same performance but with 15 percent lower power draw.

Whether that is the AMD-specific node probably won’t become clear until well into next year, but it would be a surprise if such an advanced process would be exclusive to the red team. I’m sure Apple would want to get its hands on the TSMC crown jewels too.

If that’s processors, what about AMD’s graphics cards? We know that RDNA 2 cards, the next-generation architecture on from the Navi GPU inside the Radeon RX 5700 XT et al, will come using the 7nm node, and could potentially arrive with graphics cards capable of competing with Nvidia’s finest. But AMD’s current roadmap only refers to an ‘Advanced Node’ being used for the RDNA 3 GPU architecture set to arrive around the same time as the Zen 4 CPUs.

I guess whether they get N5 or N5P really depends on how much demand there is for both TSMC’s 5nm node as well as AMD’s Zen 4 processors. I have no doubt AMD is still prioritising the processors—both desktop, high-end, and server— over graphics cards right now. After all, we’re still waiting on a high performance GPU to really compete with Nvidia at the top, and that’s been long promised.