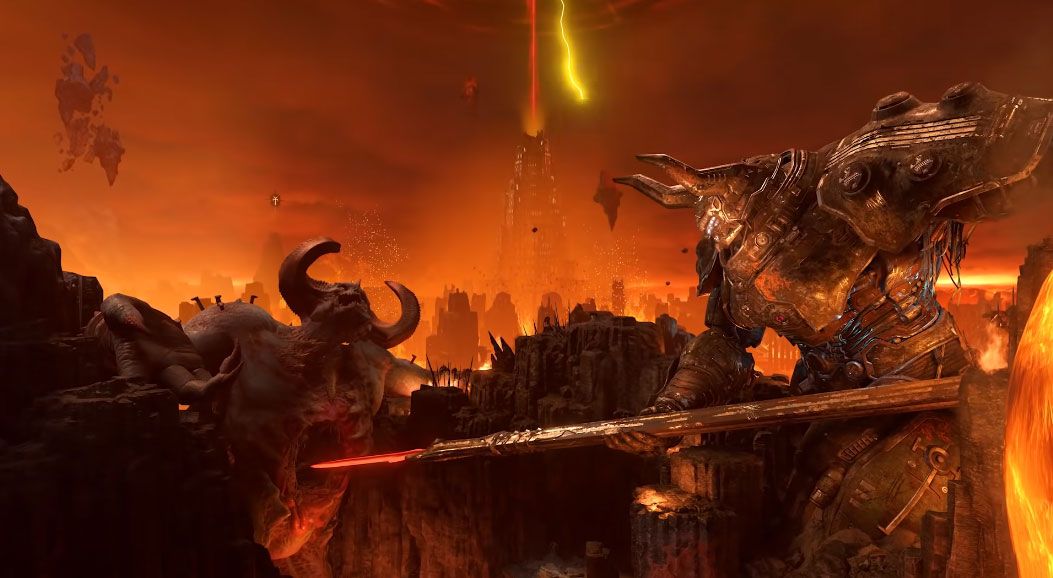 Doom Eternal is one hell of a ride—it left James “anxious and exhausted”—and to get the most out of it, both AMD and Nvidia have new GPU drivers available to download. So whether you own a Radeon or GeForce graphics card, there is an update available.

Starting with AMD, it’s begun pushing out the Radeon Software Adrenalin 2020 Edition 20.3.1 release.  It’s technically a beta release because it hasn’t been WHQL-certified yet, though if you’re holding out for one that is, you may have to wait until after Doom Eternal launches tomorrow.

According to AMD, the 20.3.1 driver delivers up to a 5 percent bump in performance in Doom Eternal (Ultra Nightmare settings) at 1080p on a Radeon RX 5700 XT, compared to its previous 20.2.2 driver. That’s not a huge jump, but it’s better than nothing.

In addition to Doom Eternal, AMD says its latest driver is also optimized for Half-Life: Alyx (a VR-only game, remember) and Ghost Recon: Breakpoint when using the Vulkan API.

There a bunch of fixed issues in this release. They include:

It appears AMD is still working to resolve some black screen and stuttering issues affecting its Radeon RX 5000 series. You can download the 20.3.1 release either through AMD’s Radeon Software utility, or by visiting AMD’s driver page.

As for Nvidia, its new 442.74 driver is WHQL-certified and solely focused on Doom Eternal, at least as it pertains to performance tweaks. This is what’s known as a “Game Ready” driver release.

“Game Ready drivers provide the best possible gaming experience for all major new releases. Prior to a new title launching, our driver team is working up until the last minute to ensure every performance tweak and bug fix is included for the best gameplay on day-1,” Nvidia explains.

The list of fixed issues is comparatively short with this one. In fact, there is just one resolved issue. It applies to Red Dead Redemption 2—this driver stomps out a bug that was causing the game to show a black screen after switching windows using Alt+Tab.

There are few known issues (read: currently unresolved), some of which apply to Doom Eternal. The ones affecting Windows 7 include:

And here are the known issues affecting Windows 10:

You can download Nvidia’s latest GPU driver through GeForce Experience, or pluck it manually from Nvidia’s driver page.